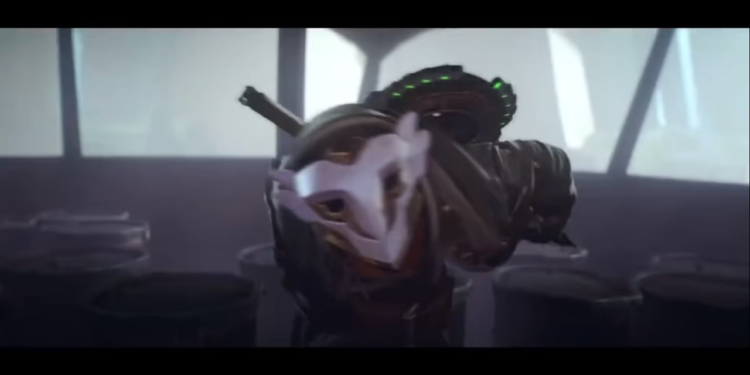 Riot Games used to announce that that new champion would be a “never-give-up” marksman, which came from Zaun.

Yesterday, Riot Games continued to bring us the new trailer of Arcane – the movie about the LoL universe living up to expectations. That trailer took us to the place where Piltover and Zaun were located with opposing scenes. That was probably the main reason for the disunion of Vi and Jinx.

However, this trailer did not simply show us a part of the movie Arcane. Riot Games cunningly revealed a mystery assassin wearing a mask, who had enormous impacts on the plot. The first scene of this character is the moment when he (or she) was riding on a flying skateboard to chase a member of Vi and Jinx’s team when they were children. At the end of the trailer, this character directly attacked Jinx when she had grown up.

As stated by those two scenes, we can deduce that this character has got on the wrong side of Jinx for a long period of time. Furthermore, we also can conclude that he (or she) also came from Zaun and was against Jinx’s team.

Let’s get back to the Champion Developing Path of Riot in April. At that time, they leaked the first image of the new marksman relating to a part of a machine, which has unique yellow-green light when activated. In the above trailer, his/her flying skateboard also had this light color, so it was apparently the engine for this vehicle.

According to the mentioned data, we certainly can expect that that mystery masked character will be the marksmen leaked previously by Riot. Combining with his motherland – Zaun, the accuracy of the above expectation is moderately high. But wait, do you see that this new champion has something in common with another marksman of LoL?