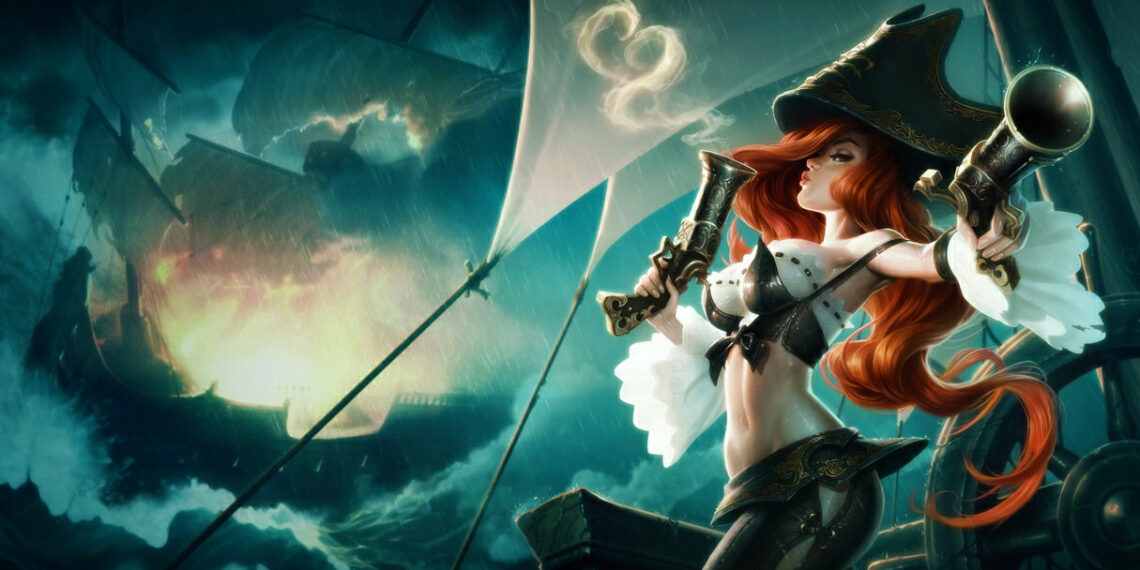 A new champion so soon after Bel’Veth? Riot teased earlier today on their official League of Legends’ Instagram account:

“The waters of life flow on forever. Whose story will they tell?

The accompanying short animation featured a gloomy misty background (possibly of Bilgewater) and the arrival of a female, human-sized silhouette walking on water.

A new champion so soon?

The teaser did not explicitly mention a new champion, and some might find another addition right after the recent Bel’Veth release unlikely. However Bel’Veth was delayed by the successful anime Arcane because Riot did not want to release a champion that wasn’t featured in it. So another champion coming so soon is a surprise I’m sure most would welcome.

There have already been leaks that consolidate the prospects of a new champion. Her name would be Nilah, a new melee ADC water-based champion.

Passive: Iridescent Inertia: Nilah’s base attack speed scaling is very low (.3), but it increases on hit up to 6 stacks. Excess attack speed above the cap is converted into additional on-hit damage.

Q: Nacre Slash: Nilah dashes a short distance in the target direction before empowering her next attack to strike twice and damage nearby enemies in a wide arc shape centered on her target. The second strike instead marks all enemies hit, and then damages them after a brief delay. The second strike’s damage increases based on the number of enemy champions marked. Passive: Upon casting an ability, Nilah’s next three attacks deal bonus damage. The third attack’s bonus damage is doubled, and refunds 50% of her Q ability’s cooldown.

W: Tide Bauble: Nilah throws a water orb in the target direction. Upon hitting an enemy or terrain, it detonates, damagin and slowing enemies and creating a cloud of slowing mist that extends around all enemies and terrain hit by the initial explosion. Lasts up to 10 seconds, but dissipates 4 seconds after the first allied champion enters its bounds. Enemies are unable to auto attack champions inside the mist.

E: Reluctant Friendship: Nilah extends her whip in the target direction, tethering herself to the first enemy hit for up to 4 seconds. Tether breaks upon going further than 1000 units. Recast 1: Nilah commands her whip to extend out from the tethered enemy’s position in the target direction. If it hits another enemy or piece of terrain, a second tether is formed between the two targets, granting Nilah a second recast. Recast 2: Tap-cast to pull the tethered targets into each other, damaging and slowing all enemies they pass through. If both enemies are champions, they are also stunned on collision. Hold-cast to also cause Nilah to pull herself to the first tethered enemy.

R: Promise of the Ocean: Nilah channels, creating a circular-shaped elastic arena in the target area, lasting 7 seconds, or until she exits its bounds. Nilah, can attack anything inside the arena regardless of range. Enemies that attempt to exit the arena will be pushed back inside (can only happen once to each enemy). The arena’s walls act as terrain for the purposes of her W and E abilities. As long as Nilah remains inside the arena, she gains bonus movement speed and ignores unit collision.

Nothing is solid at this point, but it’s always fun to speculate especially on the possibilities of a new champ. Or this could be a massive bait from Riot and this is just a brand new Lux skin. One thing for sure, Nilah is not coming in patch 12.12 just yet. Hopefully we’ll get more info from Riot themselves tomorrow.

Leave your guesses in the comments below!