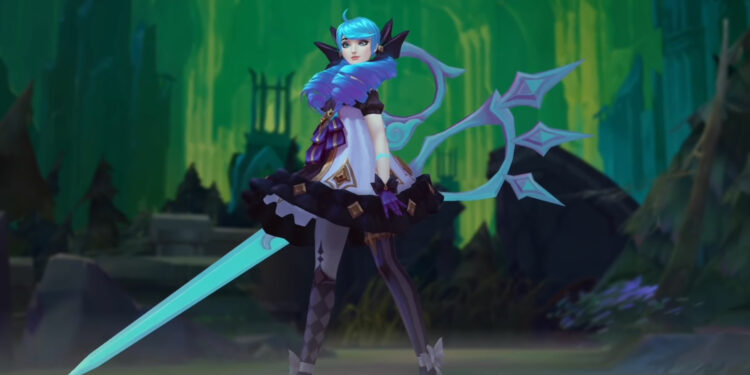 Recently, Riot officially released the teaser and trailer of Gwen: The Hallowed Seamstress, and those videos answered a lot of questions about The Ruined King – Viego.

As on the teaser, Isolde, the wife mentioned in Viego’s biography, made a cloth doll by herself. This toy was the result of all the love of Isolde for Viego. However, when Isolde was gone, as Viego was too painful and sad, this doll was put away and got lost under the sea of the Shadow Isles. Extraordinarily, a part of Isolde’s soul was alive and lived in the doll as a vessel. With magic, the doll transformed into Gwen, who is the new Champion.

In the new trailer, Gwen keeps the scissor of Isolde – the scissor she used to make Gwen – as her main weapon. “Scissors, needles, thread. These were my maker’s tools. I won’t take her gift for granted.” – she said. As in her dialogue, this is the first time Gwen has ever met the world, she is joyful, excited, and proud of her maker.

The late prediction was also true, the new Champion is a Mage-Warrior as Sylas. She is a melee Champion with a large range, her abilities were made for one purpose: to burst damage. She is also flexible with maybe 1 or 2 mobility skills, this leads to the fact that players can play her as an Assassin or a Jungler.