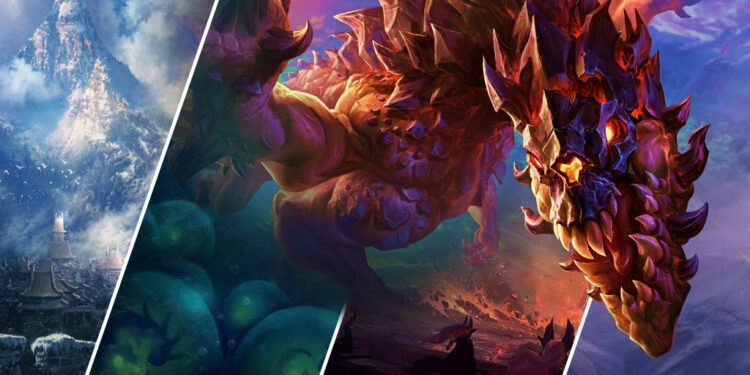 League of Legends season 12 is going to be wild with all new Dragon buffs coming to the Rift.

Riot Games’ latest Dev blog talked about all the overview the team is going to make in preseason 12. The last 2 season has made a lot of changes to League of Legends, from The Rise of the Elements to having new mechanics in building item system. This year, Riot said that they were not going to revamp or redo any long-standing based elements. Instead, they are focusing more on expanding the existing area in the game (both in and out).

One particular area is around the Dragon Systems that the Dev teams are planning to expand.

According to Riot Games:

“Our original goal was to increase game-to-game variance by creating a variety of distinct and memorable environments for players to master.”

Rise of the Elements, new Elder Buff and new terrain features was said to be very success in contributing to unique matchups and modify how the game plays out following the map alterations. Over the years, they’ve become an integral part of League of Legends, and they’ve become permanent features to the game.

All in all, Riot won’t be removing any of the Drake systems out of the game, instead, they want to add more possible unique environment to the dragon space:

Until there’s any more news from Riot, fans should expect these changes in the meantime.