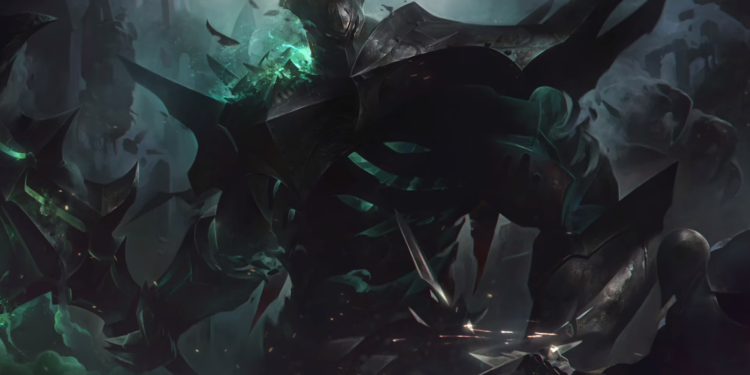 This Mordekaiser build take advantage from the bonus healing effect of Enchanter items.

Mordekaiser has been constantly falling off the meta due to not having enough power in comparison to other top picks in several current patches. Moreover, the release of Anathema’s Chain and Hullbreaker even make it worse for him in the top lane since he is one of the champions that doesn’t benefit that much from any of the two items.

However, recently, fans have come up with a brand new build for this champion, which can be considered game-breaking since it proves to be too OP at the moment. The build takes advantage of Enchanter items as they have cheaper prices than AP-Bruiser items, but also have a bonus shield/ healing effect on the champion, which Mordekaiser can certainly be happy about with his W giving both shielding and healing when activated.

Riftmaker will be the only AP-Bruiser item in this build, after finish this Mythic, the other items for the build should be: Staff of Flowing Water, Redemption, Arden Censer, Mikeal’s Blessing, Spirit Visage.

Since Mordekaiser’s W benefits from the Enchanter items’ bonus shielding/healing effect, with this build, which is extremely cheap (around 2300G each item), he can out scales any champions. The bonus Mythic passive from Riftmaker can make him incredibly strong without building proper AP items as usual. Moreover, the amount of healing he can pull of is extremely incredible, which can lead to more outplays and further snowballing his enemy.

Conqueror will be his Key Rune for even better damage and healing in long-term combats, Triump, Legendary: Tenacity and Last Stand make the first page, while taking Resolve as a Secondary page can further improve the amount of healing you can get from this build.

What do you think about this new build? Try it out and let us know!