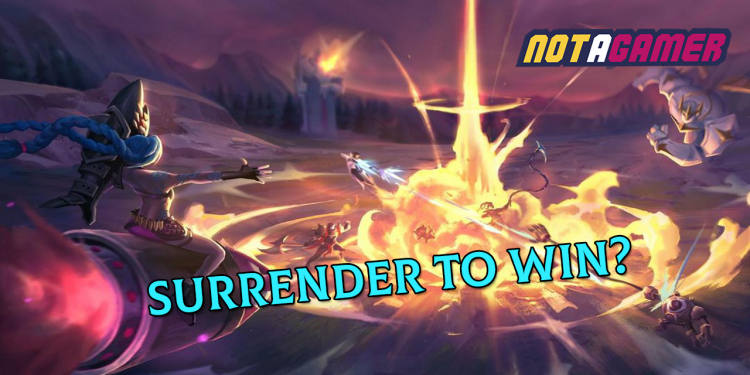 Although it is just a bug on PBE server, the way it works is extremely hilarious and unbelievable! Specifically, recently “the-bug-finder” Vandiril has found a weird bug in Nexus Blitz: Surrender to win!!!

In that match, his team had lost a lot of Events and there was no way for his team could win the match, all of his teammates decided to surrender. However, instead of receiving a lose match, the opponent team’s Nexus was surprisingly broken and his team won though no one understood what was happening.

Of course, this means the opponent team unjustly received a lose match. And if this bug continues to exist, players will able to experience the ultimate power of Thanos: Press “Surrender” and everything becomes dust”.

Nexus Blitz is still being experimented and completed on PBE, so the appearance of weird bugs is undoubtedly unavoidable. But this bug is probably the most bizarre one in LoL history, when players are forced to… win???