NEW META: Supports with Gargoyle Stoneplate from early game, Why and Why not? 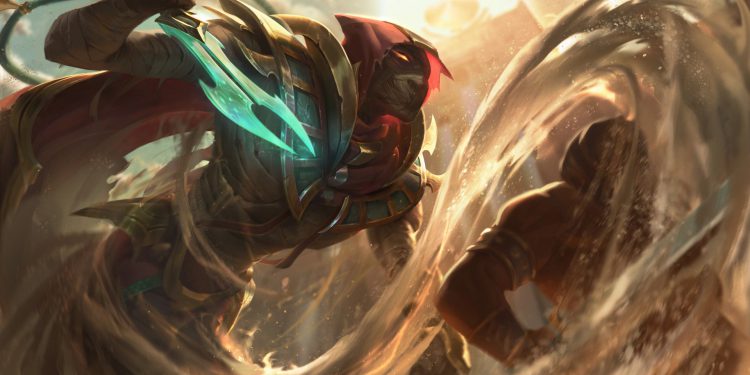 Gargoyle Stoneplate – one of the hottest items of tankers, despite of being nerfed quite a lot, but is still an indispensable item for the champions with great amount of blood and armor.

Not only popular in the top lane anymore, Stoneplat is also an amazing item for the supports in the early game because of the ability to increase blood rely on the number of enemies nearby.

Weeks ago, many people began to see the potential of this item, when combined with The Bloodharbor Ripper-Pyke.  The amount of damage added to the ultimate will become superior so he can finish the target easily when there are 3 or more people.

But this article will focus more on toughness support than Pyke because of the interesting interactions of champions and this item.  Specifically, this equipment will give you 40 additional Armor and Magic Resist if there are 3 enemy champions nearby. Not only that, it also gives the user 100% additional health after activating, making you much stronger.

However, the problem is not the intrinsic of this equipment, but the compound formula is what we should be concerned about.  With Inspiration points in the sub branch and gaining points for Perfect Timing, you only need to spend 1900 gold to buy this item because there is no need to buy more Commencing StopWatch.

Although only increasing a default amount of health because there is not yet a significant increase in equipment, your support will still be very strong in the fight.  Besides, if you look at the current meta, you will see that the opportunity to store things is not much because the fighting is very frequent at the 25th minute onwards.

With an economy that is not too abundant from support position, the average 3000 money of a support can bring in the 15th minute will give you a pair of Ninja Tabi, a Gargoyle Stoneplate and an upgraded supporting equipment.  3 completed equipments in 15 minutes onwards is really a bargain at a low price.

Not only that, having  completed equipment and a small amount of items in the next minute allow you to participate in combat early without any concern, what champions like Leona or Nautilus are extremely needed to dispute targets on map like Dragon, Rift Herald in 15 – 20 minutes.

As an evidence, in the opening match against DWG in the framework of the LCK, SKT T1 team had a trending moment in the second game, with the Effort’s Leona.

With an unkempt KDA on 0/0/1, SKT Effort completed these 3 items in the 25th minute of the match.  At the same time, the fighting broke out and this guy suffered enough combo damage from a 4/0 Lee Sin and Rakan.

But with aftershocks and Gargoyle Stoneplate, Effort survived and returned the damage and continued to withstand Rakan’s ultimate and Ornn’s damage.

So what do you think about this meta and if you have a chance, would you like to try it in the future?  Leave your comments below!