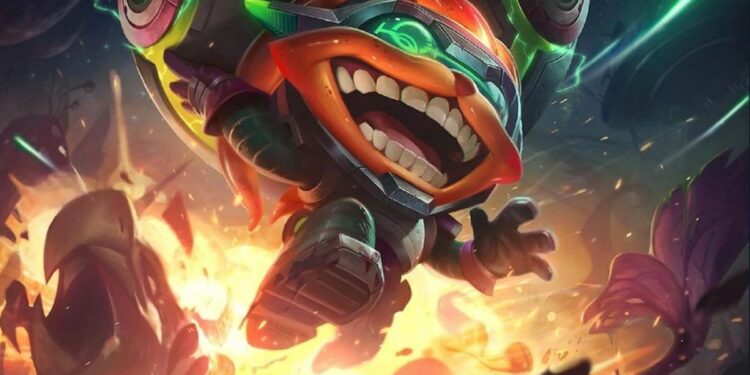 The “God of Bugs” of League of Legends – Vandiril strikes again.

Another day, another Viego bug is found.

Viego is probably one of the most controversial champions in League of Legends. Since his release, the champion has been considered as extremely “game-breaking”, besides his overwhelming abilities and design, the Ruined King is also the king of… bugs.

Things would have been just fine if Viego is still banned from professional plays, where Riot can dedicate their work and time in fixing all the interactions that might cause issues with this champion. However, as Viego is now allowed in high-level plays of the game, and with the newest bug related to another popular champion in tournaments: Ziggs, Riot needs to pay extra attention in this case.

Recently, Vandiril found a pretty serious bug that occurs when Viego interacts with Ziggs. Specifically, if Viego steals Ziggs’ body and then takes another champion’s body (in the clip, Galio, and Thresh), then Ziggs’ E – Hexplosive Minefield will combine with Q – Winds of War or Thresh’s W – Dark Passage and produce numerous tornadoes or lanterns in a scheme like Ziggs’ Minefields.

It is worth noting that these movements can totally do damage (if it is Winds of War) or gamers can click on any of the thrown lanterns and still fly directly to Thresh’s location as the correct mechanism of action of these two skills.

As previously said, both Viego, Thresh, or Galio, Ziggs are champions that are frequently picked in professional events, particularly this summer. As a result, if Riot does not properly resolve this problem, it will bring the game to a standstill, impacting both players and spectators.