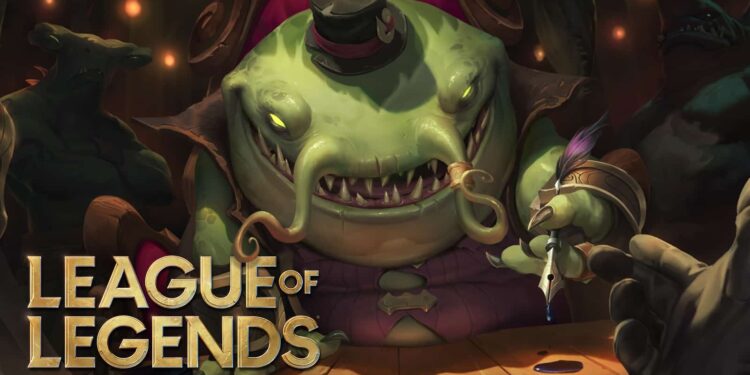 An intense fight between Tahm Kench and Riven recently went viral in the League of Legends community, with him claiming victory in a 1vs1 against Riven despite entering the fight with almost no health.

The 1vs1 began after Tahm Kench emerged from different combat with only a minimum of health remaining after defeating the enemy Talon. Riven then came just as when Tahm Kench about to die, and for understandable reasons, he intended to 1vs1 at almost critical health.

Tahm Kench would normally be killed in a combat like this, but thanks to the new update of his abilities has enabled him to win an unexpected combat.

The 2 champions were both quite strong in this stage of the game. In the clip, Riven has to herself Mercs, Stridebreaker, and Black Cleaver, whereas Kench has Tabis, Frostfire, and Throns. Though having the same amount of items, Riven still lost in that 1vs1 situation. Tahm Kench won the match by utilizing his skills and using the appropriate items to counter Riven. These items alone reduced Riven’s damage, and Tahm followed up with healing from his new Tongue Lash (Q).

He used up to 4 Tongue Lash (Q) during the battle. This was just enough to save him from being killed each time. Even though the Riven attempted to blast out the needed damage, Tahm Kench’s kiting and precision were flawless. Tahm Kench was down to 29 health at the time of the clutch, making it worthy of a highlight of the game.

After the rework in patch 11.13, players considered the champion is considerably strong at the moment.  The most significant changes affect Devour and Abyssal Voyage, two abilities that have been reversed. The old W ability is now his ultimate, while the old ultimate is now a normal ability. Each ability has also been adjusted to ensure that the Kench is useful in both solo queue and pro play. So it is not a surprise we will see our beloved catfish more frequently on the Summoner’s Rift.