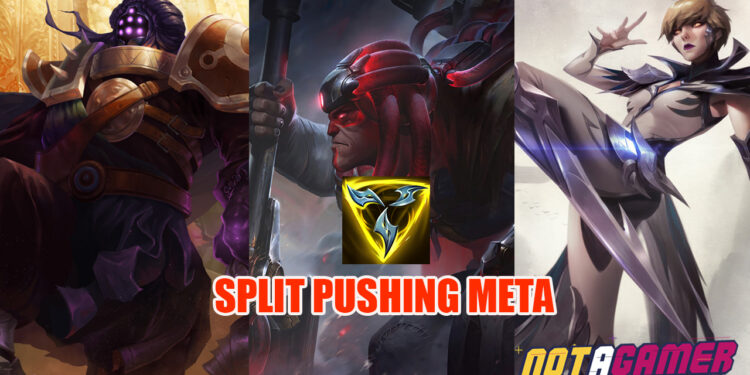 A few hours ago, Mark Yetter – the Gameplay Design Lead for League of Legends, brought us multiple changes in the incoming patch 11.7. Not only will Riot give proper buffs and nerfs to many champions, but they are also giving an eye to Trinity Force and giving it some tests. And according to recent information, this item is told to be a frightening tool for split pushing.

Looking at those updates, we can easily see that the amount of AS provided by Trinity Force is reduced a bit. However, this item can now give you 30% of your base AD just by attacking turrets. Briefly, the amount of AS reduced will be compensated by “high-quality” autos.

Moreover, the bonus stats from Trinity Force is AD, so damage from the Spellblade effect will be increased a lot. Combining with a moderate number of AH from Mythic Passive, that effect will be activated more regularly. This leads to the amount of damage dealt on turrets and other objects will rocket considerably.

Changes mentioned above appear to help champions specializing in split-push, such as Jax, Camille, Yorick,… a lot. They can destroy turrets and hold the chance to win in their hands. If the enemy team don’t pay attention to them for a while, they will go straight to the Nexus and get the game with a super duper fast speed.

Recently, Riot Games has been continuously receiving a lot of complaints that Trinity Force did not deserve to be a Mythic item. As a result, they will give a buff to this item as an answer to their players. When patch 11.7 comes, Trinity Force will become a top-tier item for split-pushers and this seems to be a wise decision from Riot.