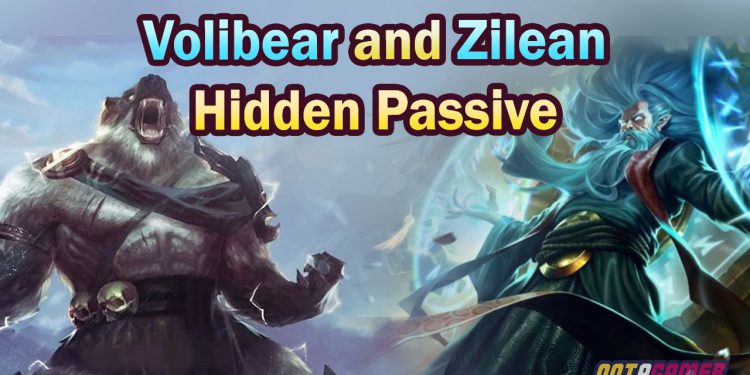 As in the most recent Volibear concept art, the bear has his armor removed.
Besides, the old Volibear has a hidden passive between him and Zilean. Will his old passive also be removed?

Volibear’s hidden passive grants him a buff whenever there is a Zilean on the enemy team that says “Chronokeeper Hater.
Not even Zilean could keep an armored bear out of the League of Legends.” He also shouts out special emotes whenever he kills Zilean and receives 11 extra gold.

Zilean’s hidden passive grants him a buff whenever there is a Volibear is on the enemy team that says “Armored Bear Hater. In my day, we would never have allowed an armored bear into the League of Legends.” and receives 10 extra gold from killing Volibear.

This is a developer in-joke, similar to how the 3 ninja champions obey the Inverse Ninja Law, or that Leona’s passive deals 1 less damage to champions with sunglasses.

In this case, you first have to know that Zilean is named after developer Tom “Zileas” Cadwell, and Volibear is named after Travis “Volibear” George. These buffs are tongue-in-cheek references to a long-standing forum faux-feud (or maybe real feud? Who knows?) about the plausibility and desirability to add an armored bear champion to League of Legends.

Zileas was against it, and Volibear was (clearly) for it.

More about the Creators

Tom Z. Cadwell is Riot Games’ Head Design since 2008. He used to work for Blizzard Entertainment as a game designer from 2002 to 2005.

He then joined Riot Games at the very early stages when the company only have 12 people. Tom Cadwell later became the Vice President at the Design Dev in 2011.

Travis V. George started working at Riot Games as a Gameplay Producer in 2008, around the same time as Tom Cadwell.

Travis George later became the Product Lead for League of Legends in 2011. From 2015 to 2017, he became the Director of Product.

After Riot Games reached 15+ offices in the world, Travis left the company in 2017 to open his own company – Vela Games.

What do you think about this hidden passive of Volibear and Zilean?

Now that Travis George has left Riot Games, and the new Volibear is coming, would Riot Games still keep his hidden passive?