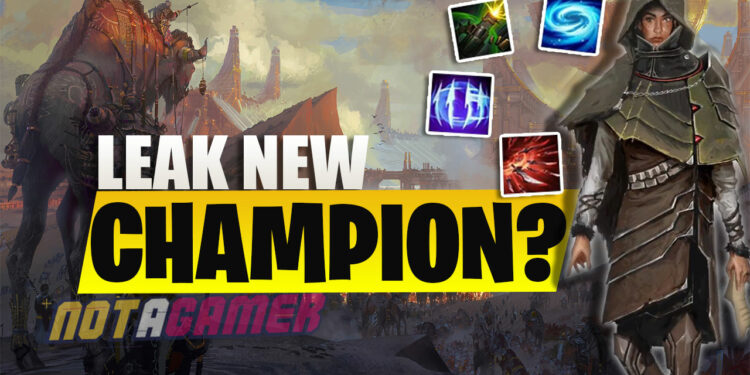 Samira is a promising champion, community hopes she will bring fresh air to Marksman Position.

Disclaimer: Please keep in mind that these are just rumors and theories, lots of contents might be changed or become completely different than what you read.

Today, Streamie, a Brazillian content creator who’s known for leaking Yone, Lillia, and Spirit Blossoms before there were any confirmations from Riot. She claims that she got all that information from her friend who is a Rioter. According to a Reddit post that translated her contents, here is what she knows.

Now she’s back with 3 more leaks, we will list them down below. Before we start, make sure whether you want to remain fresh experiences for any new releases that Riot is going to publish, you shouldn’t read these leaks, even though we can’t confirm they are true or not.

In the video, Streamie says she has seen an upcoming LoR cinematic for Targon that features both Diana and Leona alongside with a Solari boy and a Lunari girl whose romantic relationship is forbidden. These 2 kids might be released in Legend of Runeterra, and the boy looks like Phoenix in Valorant. The upcoming cinematic revolves around Targon is likely to happen, because Targon is an upcoming region in Legends of Runeterra, and when Bilgewater was released Riot also published a cinematic to accompany.

In this tweet, Streamie shares that Riot will release a skyline that homosexual people will be “VERY HAPPY” (Yes, she capitalizes it). She claims recently on her stream that Sona will be part of the skin line and indeed she will receive a legendary skin. This skin line is related to BRG and PsyOPS (PsyOPS stands for Psychic Android) summoner icons that were found on PBE. Even though there are a few people who think this is going to be the next Star Guardian skin set.

Summer is a crazy time, right? Champion release after champion release, just one week ago we have Lillia, now Yone and Samira coming to PBE in 2 weeks, how many champions Riot intends to release to fulfill players? Streamie says Samira will be available on PBE in 2 weeks (Patch 10.18). “Samira is very “Jaw-dropping” – She said, and also Samira is actually from Shurima, not Noxus.

Let’s talk about Samira’s appearance and skillset: her appearance will be shown below and her ability is a combination of Katarina’s Ultimate/Irelia’s W/Urgot’s W/ and Nunu’s R. She uses 2 types of weapons, a gun, and a dagger. She holds a knife in her hand and shoots bullet by guns attached to her shoes. Her ultimate will stack up to 5, each one is a “petal” to form a 5-petal rose.

Streamie claims even though Samira’s skillset looks confusing and hard to master, actually she is kind of easy and can alternate attacks between guns and dagger. Her Ultimate is a bigger Katarina ultimate, and she is predicted to be extremely popular.

Seraphine: the next champion after Samira.

League of Legends: Lillia Debut with a Shocking Low Win Rate in Jungle