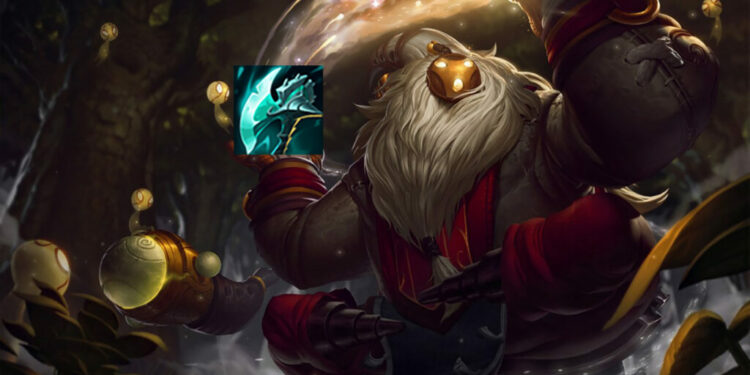 Weird bug interactions between Night Harvester and the abilities of champions such as Trundle, Anivia, Bard have been found.

As there are many non-damage abilities in League of Legends that provide players the utility in certain special situations, namely: W from Anivia, Trundle‘s E or E and R of Bard. However, players have discovered that a bug with Night Harvester can cause these non-damage abilities to deal damage.

The weirdest thing about this bug is that on its description “Damaging an enemy champion deals 125 (+ 15% AP) bonus magic damage and grants you 25% bonus movement speed for 1.5 seconds, with the duration extending upon damaging new champions. (40 (per champion) second cooldown)“. So why is it applying its passive on non-damage abilities like what showed in the video?

With the information given, players have been testing again and again to find a way to explain. After a while, the community discovered that these abilities are actually deal some damage. In spite of their description as non-damage abilities, these skills actually deal a mini amount of 1 true damage on its enemy. While 1 true damage is something that can’t actually be noticed easily, players tend to assume these abilities don’t deal any damage at all.

The puzzle is solved, the 1 true damage allows Night Harvester to proc its passive on any enemy hit by the abilities. Next time, if you are building Night Harvester on these champions, especially Anivia since this is a viable build, you can keep this fact in mind and utilize all your damage sources in combats.