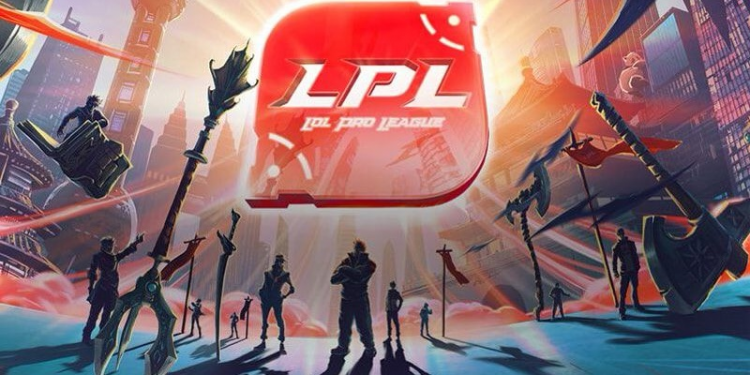 The official Riot China announcement of the League of Legends Pro League Spring 2020 postponement was made following the quarantine situation in the country.

Today, after a lot of rumours, finally an official announcement from the organizers of the Chinese professional League of Legends tournament has been issued, regarding the issue of the LPL Spring 2020 schedule when affected by the Corona flu pandemic.

Specifically, the entire schedule of LPL Spring 2020 from February 5 right after the end of the Lunar New Year holiday will be postponed indefinitely until new notices of control situation are received disease. At the same time, the opening ceremony of the LPL Spring Season 2020 will be cancelled.

It is known that, at the present time, there are many players and coaches in the LPL are also located in the quarantine area, including Clearlove – Edward Gaming coach currently present in Hubei area. – The focus of the Corona flu.

According to the China General Administration of Sports, all public sports activities in the country, including e-sports tournaments, are in danger of being shut down until mid-April. But even the current situation is even more potential, due to the complexity of the disease spread outbreaks just in time for the Lunar New Year.

Therefore, the official announcement from Riot China has determined that the delay of the LPL schedule is indefinite, meaning the suspension may last through April. This also means the tournament. The first international event of 2020 – Mid Season Invitational will most likely not have the presence of representatives from LPL, partly for medical reasons (the Chinese government has issued a ban on exit with Chinese citizens. National since January 27), and the rest because the 2020 Spring LPL will not be able to finish on the right schedule.

Coronaviruses are a group of viruses that cause diseases in mammals, including humans, and birds. In humans, the virus causes respiratory infections which are typically mild but, in rare cases, can be lethal. In cows and pigs they may cause diarrhea, while in chickens it can cause an upper respiratory disease. There are no vaccines or antiviral drugs that are approved for prevention or treatment.

Coronaviruses are viruses in the subfamily Orthocoronavirinae in the family Coronaviridae, in the order Nidovirales. Coronaviruses are enveloped viruses with a positive-sense single-stranded RNA genome and with a nucleocapsid of helical symmetry. The genomic size of coronaviruses ranges from approximately 26 to 32 kilobases, the largest for an RNA virus.

The name “coronavirus” is derived from the Latin corona and the Greek κορώνη (korṓnē, “garland, wreath”), meaning crown or halo. This refers to the characteristic appearance of virions (the infective form of the virus) by electron microscopy, which have a fringe of large, bulbous surface projections creating an image reminiscent of a royal crown or of the solar corona. This morphology is created by the viral spike (S) peplomers, which are proteins that populate the surface of the virus and determine host tropism.

Proteins that contribute to the overall structure of all coronaviruses are the spike (S), envelope (E), membrane (M) and nucleocapsid (N). In the specific case of the SARS coronavirus (see below), a defined receptor-binding domain on S mediates the attachment of the virus to its cellular receptor, angiotensin-converting enzyme 2 (ACE2). Some coronaviruses (specifically the members of Betacoronavirus subgroup A) also have a shorter spike-like protein called hemagglutinin esterase (HE).