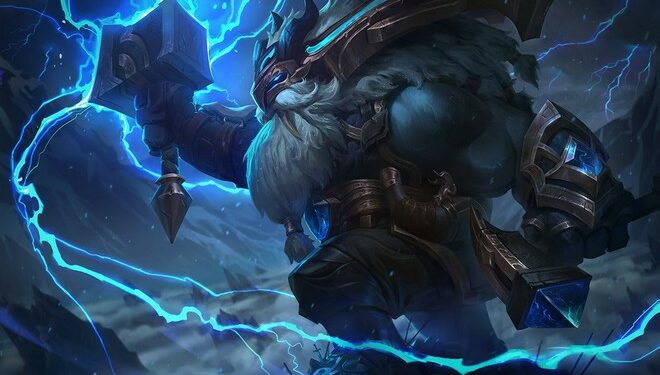 Riot Phlox, a Riot Games developer confirmed buffs for Ornn’s Living Forge passive ability after the new series of adjustments was expected to nerf the champion during the major item update.

As follows, Ornn now can only upgrade one item for himself instead of two, which made the developers realized that Ornn’s abilities is in danger of being seriously impaired.

Despite having 150 champions, Ornn has always been targeted because of having too powerful abilities. The Fire Below The Mountain is also very useful in professional tournaments with an overwhelming 90.4% ban/pick at Worlds 2020. However, he may be one of the characters that are affected the most by the upcoming update of the item, as his Passive ability will upgrade items for himself and his teammates.

Concerns for him has been raised after Riot’s developers revealed expected changes aimed at his Passive. Particularly, they would remove one of his masterwork items, resulting in a considerable nerf of around 400 HP.

However, Riot developer Phlox has now responded to these concerns, sharing a few tweaks the design team is currently testing on the PBE which was aimed to buff the fan-favorite Freljordian’s passive one more time.

Phlox explains that, although the champion won’t be able to upgrade two items at level 13, there will be ways for him to resist damage from his opponents.

“Put an experimental change to Ornn for preseason on PBE,” he explained, “now every time he upgrades any mythic to a masterwork his passive Armor/MR amp increases by 5% (10% without upgrades, same as live).”

New Passive will grant him armor and resistance after upgrading himself or his teammates any Mythic equipment.

Although this is only a “test change”, but Phlox also confirmed on the subreddit of Ornn Mains that this is the direction they want to take and also adjusted many stats before the official launch.

As of now, the Preseason 2021 start date has yet to be announced by Riot but is expected to be released in November.