League of Legends: Over 80.000 Chinese accounts received a 10-year ban for violating 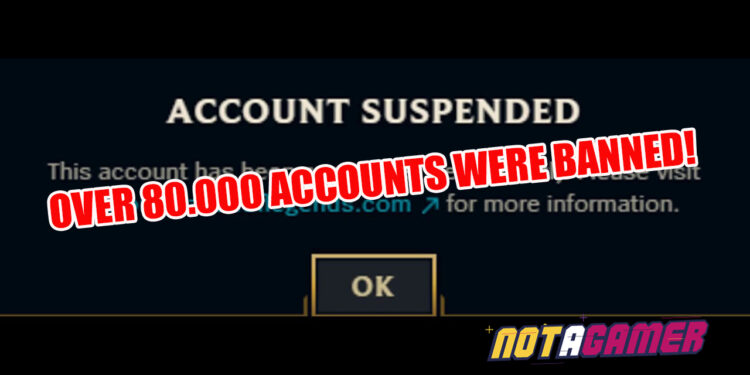 Chinese Riot is appearing to be pretty strict with players behaving badly or ruining the game in LoL.

Recently, Chinese LoL has announced a prohibition on 85.478 accounts in their server because of disobeying the game’s rules, including posting links containing gamble-advertising, drug-dealing, or sexual content. Moreover, players having bad behaviors such as cheating, blaming, or discrimination were also banned. All of them were forbidden for a 10-year period, beginning from the time that the announcement was sent, and no one will be pardoned.

According to Chinese Riot, this was a serious move revealing their determination to clear out bad players in their gaming environment – the largest LoL market in the world. However, in fact, with the number of over 100 million players (2017) in this country, the number of banned accounts is just a star in the galaxy. Luckily, a lot of purges will be done soon so as to get rid of players having negative effects on the other ones or being toxic.

Reacting to this issue, the LoL Chinese community is obviously behaving extremely pleasant to this move of Chinese Riot and responding actively. According to loads of perceptions, ordinary punishment like chat restriction or banning for several days seems to be not enough to deter them, so a 10-year ban is apparently necessary to avoid making the game worse and worse.