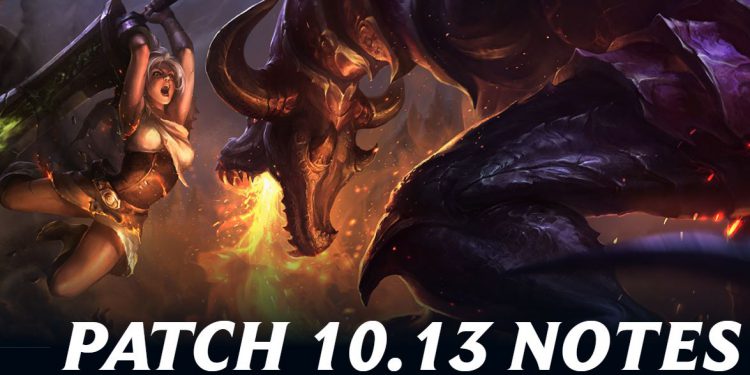 The first and the most important change in each updating patch is increasing and decreasing a little bit power of champions. Two sorcerer champs, Cassiopeia and Syndra both are nerfed quietly. The mana to cast Q, Dark Sphere, increase from 40/50/60/70/80 to 60/65/70/75/80. In the other hand, Cassiopeia lost some magic resist.

“One man’s meat is another man’s poison” and vice versa. Ryze and Gnar both are buffed. While Ryze just gained some little additional basic indicators like magic resist and attack damage, Gnar is buffed 20% attack speed in every level of skill E! It seems a very valuable buff for this champ, make him get more annoying in early game stage, especially to short-range champions.

2 Hot Snippers continue to be nerfed

Aphelios is still the one though he was nerfed too much in previous patches. In this patch, Riot focuses on modify Crescendum gun. This weapon no longer has stack while attacking jungle monsters. Moreover, his R is nerfed strongly, additional damage of it will be 50% down to 20%. In the same boat with him, THE SPEAR OF VENGEANCE Kalista also is nerfed a little bit attack damage each level from 4 to 3.5.

This is the nerf that could strangle Aphelios. Definitely, in the near future, the moonlight marksman will lose his position in Summoner Rift.

In the other hand, Lucian and Kog’maw earn little but worthy buff in this patch. Kog’maw will gain additional magic damage in skill Q and R, make him stronger in skill exchange and maybe lead him to magic build. Lucian Q range will increase from 900 to 1000, make him more safe while casting the spell.

Cat Lady Yuumi is continuously nerfed. Her E mana cost changes from 100/115/130/145/160 mana ⇒ 40/45/50/55/60 mana (+15% max mana). With just only one critical nerf from Riot, Yuumi becomes a dependent and useless champion when she just can use ZOOMIES in particular times, instead of unlimited like before.

While there, Nocturne’s passive: attacking monsters will cool down skills like attacking champions so that he can survive and clear jungle faster.

“We’re happy with Conqueror’s current standing: a Keystone players gravitate to for elongated fights and utility for healing and DPS. That being said, we’ve been seeing the rune bleed into other archetypes and overrule its peers like Electrocute. As a result, we wanted to fine-tune the rune in a modest way where it maintained its intended strengths, so we’re shaving off some power to open up Keystone selection for a number of champions.”

“Death’s Dance has been overperforming on ranged champions, although we think its utility as a defensive measure should still be within reach. Looking to tone down the effect on ranged champions to open up builds while still leaving the item as a viable option.”

Summer is the time League of Legends release out Pool Party skins to gamer’s community. Lucky champions that have owned the skin are Taliyah, Heimerdinger, Jarvan IV, Orianna, and Syndra. What are you waiting for? Let’s jump into the cool water together!