Patch 11.11: Illaoi and Seraphine Greatly Benefited From The Update 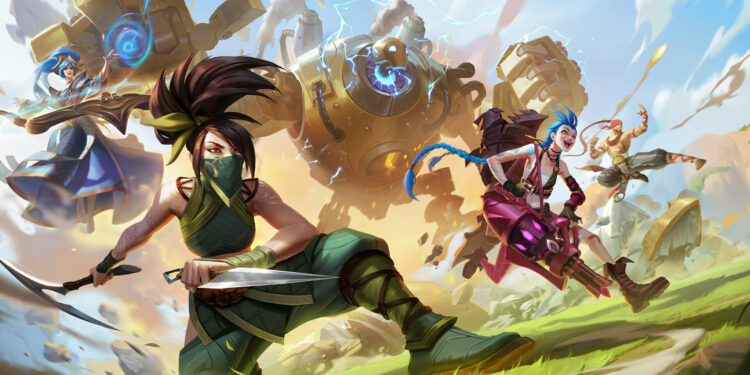 It can be said that Seraphine and Illaoi are the 2 champions that receive the most positive conditions with detailed changes in the Patch 11.11 update.

Not long after disappearing from the recent nerf, Seraphine was quickly buffed back by Riot in Patch 11.11. According to a detailed announcement from Riot Scruffy, the head of League of Legends playstyle design, this champion has been buffed directly and indirectly.

Specifically, Seraphine has a slight stat increase in W – Surround Sound, which will slightly increase her ability to create Armor for herself and her allies in the late game. Not over yet, 2 core items of Seraphine and all Support Buff, the Moonstone Renewer, and the Staff of Flowing Water have also been strengthened. The most significant is the Moonstone Renewer with the ability to Heal and Create Shield increased at a maximum of 20% up to 30%. Besides Seraphine, champions like Lulu, Soraka, Lux… will also benefit from this change and are expected to return more.

Back in the Top lane, Illaoi is a champion that does not have any stat changes in patch 11.11 but is still evaluated by Riot as a much-increased strength. Mainly comes from a lot of important item of this champion has been adjusted quite significantly.

The first is the legendary item Divine Sunderer that has the ability to heal from the Passive, which is very suitable for Illaloi’s playstyle. Next is the Black Cleaver which is also a bit stronger in the ability to break the opponent’s armor. The trio of resistance items: Frozen Heart, Raduin’s Omen, and Warmog’s Armor have also received significant changes, and all of these items are suitable for Illaoi to use.