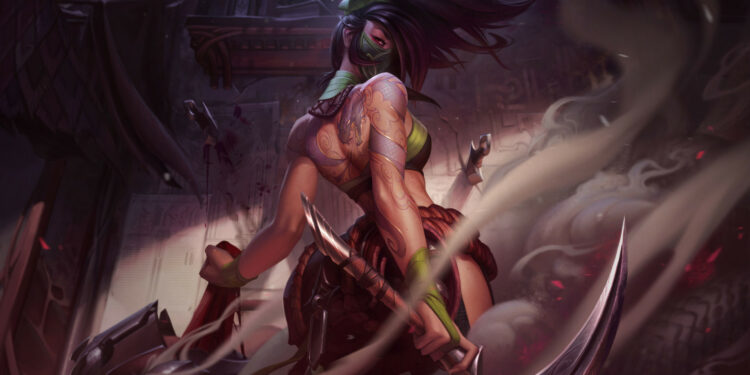 These changes for patch 11.2 are however, tentative.

Some of the League of Legends’ best-performing champions will be caught up in the upcoming game update.

Gameplay design director Mark “Scruffy” Yetter highlighted all of the tentative potential balance changes in next week’s Patch 11.2. And many of the overly powerful champions, such as Olaf, Nunu, and Akali, are getting nerfs. Dr. Mundo, on the other hand, will have some love, along with eight other champions.

Although Riot has heavily rebalanced Bami’s Cinder items in the November hotfix, Nunu continues to lead the jungle meta. The Boy and his Yeti are extremely tanky, while can also deal sustain amount of damage that can overperform most carries. Riot may consider reducing the damage to some of his abilities or directly attacking his base stats to make him less beefy in the early stages of the match.

Scruffy alluded to last week’s changes in Olaf and Aatrox, outlining that healing amps for the two bruisers would be the focus of a future patch. Olaf’s Vicious Strikes (W) have been updated on PBE, according to Surrender at 20, increasing the life-steal amount of the ability while decreasing the amount of healing received based on the percentage of missing health.

While Aatrox is also going to be tweaked, Scruffy thinks this is going to be “more of a neutral shifting power away from the healing amp.” Akali’s nerf may limit her power during the laning phase, making her more of the mid-to-late game assassin she’s meant to be.

Dr. Mundo is set to receive buffs, potentially making him tougher. Although many meaty champs have been successful in the redesign of the item system, Mundo is not one of them. And with Riot preparing for his champion’s rework, it’s probably the best time to give him a little boost.

Darius, Maokai’s support, and Elise are also put on the nerf list for Patch 11.2, while Trundle, Shaco, Nocturne, LeBlanc, Caitlyn, Varus, Senna, and Soraka are all set for buffs. Scruffy is keen to continue on buffs and nerfs tomorrow.

However, the Patch 11.2 preview is unofficial and can be changed before next week.