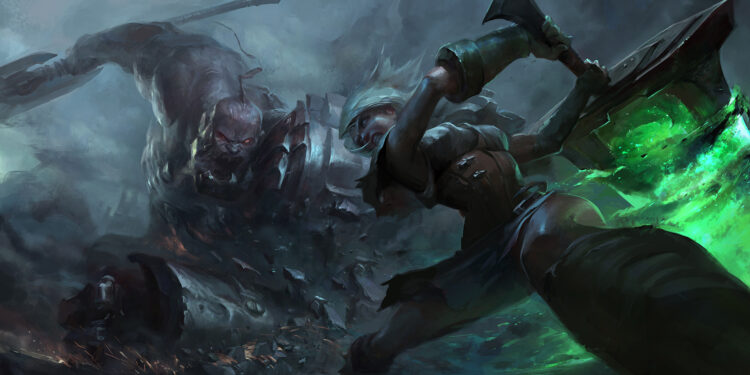 Preseason 12 will be introduced in League of Legends patch 11.23, with Riot Games tweaking the game’s balance and introducing new mechanics and features.

The devs have stated that the next season will include two new Drakes, as well as new Mythic Items and Runes. There will also be major updates to certain current items, some of which have already been implemented on the PBE servers.

The base stats of items like Doran’s Ring, Horizon Focus, and Sunfire Aegis will be updated significantly. Some runes, like as Lethal Tempo and Glacial Augment, will be updated, and First Strike will be added to the Inspiration tree.

Here is a list of all the Item and Rune changes that have been released on the League of Legends PBE. It’s worth noting that all of the changes described below are preliminary and may not appear in the final League of Legends patch.

[Removed] Siphon passive[Added] Drain: Restore 0.75 Mana every second. Damaging an enemy champion increases this amount to 1.25 Mana every second for 10 seconds. If you can’t gain Mana, restore 50% of the value as Health instead.

Aegis of the Legion

[Passive changed] “Sacrifice: While your Worthy ally is nearby, redirect 10% of damage they take to you and heal for 8% of the damage dealt by your Worthy ally to Champions. If they have less than 30% Health the damage reduction is increased to 20%.

[Passive changed] Mana Charge: Strike a target with an Ability or Attack to consume a charge and gain 3 bonus Mana , doubled if the target is a champion. Grants a maximum of 360 Mana at which point this item transforms into Fimbulwinter. Gain a new Mana Charge every 8 seconds (max 4).

Locket of the Iron Solari

[New Passive] Dissipate: While at 6 stacks of Steadfast, take 20% reduced magic damage and gain 10% increased Move Speed. One spell can add a new stack of Steadfast every 1 second.

[Passive changed] Hypershot: Damaging a champion with a non-targeted Ability at over 700 range or Slowing or Immobilizing them Reveals them and increases their damage taken from you by 10% for 6 seconds.

Ability Haste increased from 20 to 30

Mythic passive AP lowered from 15 to 10

Attacks or abilities against an enemy champion within 0.25s of entering champion combat grants 5 gold and First Strike for 3 seconds, causing you to deal 10% extra damage against champions, and granting 100% (70% for ranged champions) of bonus damage dealt as gold.

[New] Immobilizing an enemy champion will cause 3 glacial rays to emanate from them towards you and other nearby champions, creating frozen zones for 3 (+ 100% of the immobilizing effect’s duration) seconds that slow enemies for 35% (+5% per 10% Heal and Shield Power) (+2% per 100 Ability Power) (+2% per 100 bonus Attack Damage) and reduce their damage by 15% against your allies (not including yourself).