Patch 12.17 PBE: Hecarim massive AD changes that will turn him into a more Bruiser champion 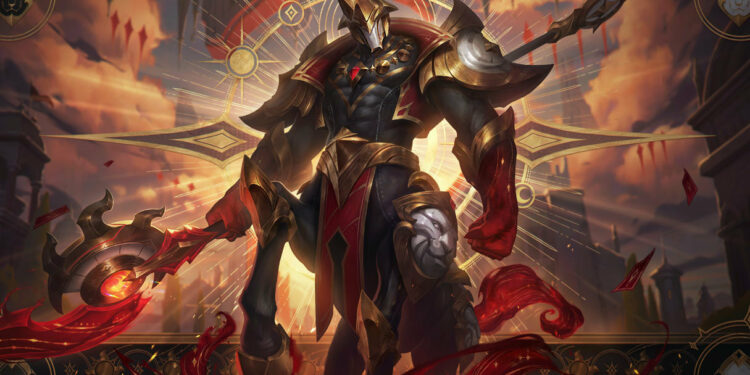 New Hecarim updates are on their way to the PBE server; let’s see what Riot has in store for him

Patch 12.17 is coming, and although champions in all five roles will be changed, one champion, in particular, will have practically his whole kit updated: Hecarim.

Hecarim is one of League of Legends’ oldest champions. He is a melee fighter that is skilled at diving. He is typically played in the Jungle, although he may also be used in the Top lane.

Riot intends to bring several champions back into the meta with League of Legends Worlds 2022 fast approaching, and Hecarim is one of them.

Game designer, Tim “Truexy” Jiang, recently posted a tweet sharing the changes. These improvements, he claims, are intended to offer Hecarim “more incentives to be a fighter/bruiser and less an assassin/full tank.”

Riot is lowering Hecarim’s Q base damage while increasing his AD ratio by 5%. Furthermore, they are boosting the maximum amount of Q stacks, which will aid him in long fights.

Spirit of Dread (W) now has a new passive that grants him extra Armor and Magic Resist while the ability is active. Spirit of Dread’s lifesteal component makes it highly effective in teamfights. Hecarim should be more difficult to kill with additional tank stats tied to the ability.

Devastating Charge’s knockback has been nerfed, but its cooldown has been reduced at all ranks. Furthermore, they are lowering the E bonus AD ratio to discourage him from building Lethality builds.

Regarding his R, they have simply removed the 0.5-second fear duration.

According to Jiang, these adjustments are already live on the League PBE and will be available throughout the week. According to the patch schedule, League Patch 12.17 will be released on September 8.