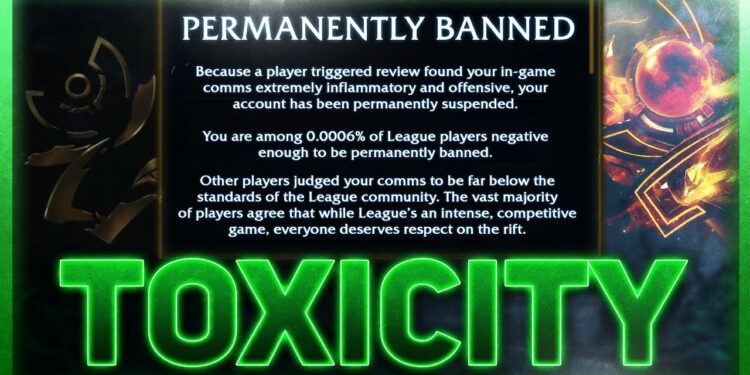 Riot Games is currently making changes to the behavioral system; if a player engages in the zero-tolerance language in chat, they will be muted immediately after patch 12.20.

It is well known that League of Legends is an extremely toxic game. Toxic gamers can in a variety of forms, including griefers, trolls, feeders, etc. Furthermore, dealing with these players is often frustrating and draining. Riot Games has therefore been putting a lot of effort into battling these unpleasant players.

Riot Games has been putting in a lot of effort since League of Legends’ introduction to tackle toxic gamers of all stripes. From the introduction of the Honor system, where participants are encouraged to act honorably in order to win great rewards like the Honor 5 Malzahar, to the latest assurance that the conversation restriction is obvious to everybody.

However, League of Legends is a cooperative game. Despite this, effective team coordination is challenging. Furthermore, a lot of individuals take rankings seriously. And they frequently get really toxic if the match is not going in the direction they want. They become so frustrated that they begin to type insensitive phrases and insults in the discussion. The remainder of the crew finds it difficult to focus as a result.

Due to this, Riot introduced a new automatic mute mechanism whereby offending players are silenced if they use foul language in chat.

Now, foul language will be flagged both in-game and live. As a result, the message won’t be issued if a player uses an abusive word in the chat and the system notices it. Instead, the offending player will be instantly muted by the system, and the entire team will be informed.

The Ranked Solo/Duo queue is the only place where this system will be active. However, Riot promised that, if required, they would introduce this technique to additional queues. They will continue to keep an eye on the other lines till then.

Additionally, distinguished players will show up in the Friend Requests and Add Friend options. Riot claimed that they intended to make it simpler for us to play with the people we had the most fun playing with.