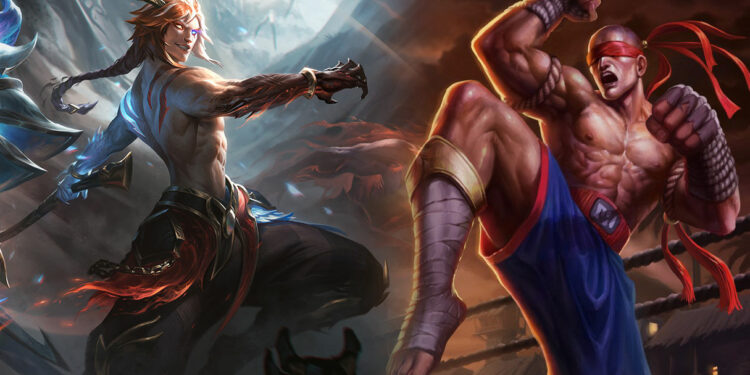 Riot has been releasing improvements gradually over the previous few weeks, rather than completely redesigning the game with a single Worlds patch. Despite the fact that the previous two patches, 12.16 and 12.17, were both Worlds-focused, League of Legends Lead Designer Riot Phroxzon has released the last patch for Worlds 2022.

“Most champions are only receiving small nudges, especially if we suspect recent changes have overshot. We’ve made a significant number of changes since the playoff patches, so we don’t want to completely upend the meta.”

League of Legends Patch 12.18, on the other hand, will be a minor update aimed mostly at balancing the changes introduced in Patch 12.17.

Ten champions will receive direct buffs and nerfs, with two others receiving modifications.

Udyr and Maokai, the two champions getting adjustments, will each have their potential balance changes focus on distinct aspects of their gameplay, with Maokai’s improvements based on whatever position he plays and Udyr’s changes centered on his ideal build paths.

Aside from that, Ashe, Thresh, Lee Sin, and Nasus will be buffed in patch 12.18, whereas Miss Fortune, Kalista, Hecarim, Kayn, Lulu, and Nocturne will be nerfed.

It seems that with the final updates for Worlds, Riot Games are trying to put out all of their effort to make the most changes to the jungle position.

Maokai’s jungling abilities were greatly improved in Patch 12.17. It’s probable that “role adjustments” for him in Patch 12.18 will also involve a few additional alterations to his position in the jungle.

For Udyr, however, is uncertain (at this moment) how his build will be changed in patch 12.18.