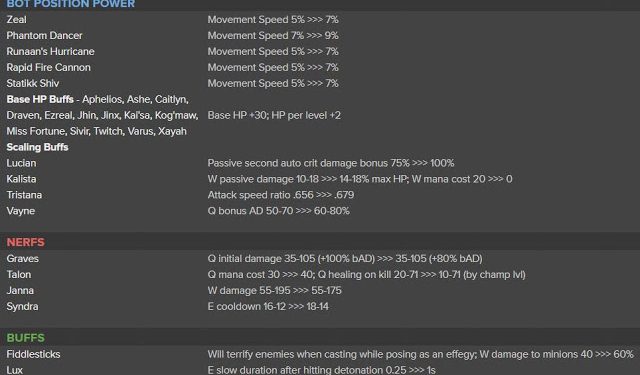 The PBE has been updated! As we continue the 10.11 PBE cycle, today’s patch includes continued Volibear champion update testing and tentative balance changes!

(Warning: PBE Content is tentative and subject to change – what you see below may not reflect what eventually gets pushed to live servers at the end of the cycle! Manage your expectations accordingly.)

The Volibear champion update continues testing on the PBE this cycle!

Riot Lutzburg provided a large set of changes now testing on the PBE:

“Hey bear fans, thanks so much for all the love you’ve been showing us after trying Volibear on the PBE. Below is a list of changes we’ve made largely thanks to your feedback, so please keep it coming! Everything on this list will be playable in-game after the next PBE deploy.

Some of these changes have made it in game and some have not, here’s a look at whats on the PBE now!

* NOTE*: The PBE is a testing grounds for new, tentative, & potentially experimental changes. Be aware that what you see below may be relative to other changes from earlier this cycle! These are not official notes and may be incomplete.

1) Here’s Riot Scruffy with a full changelist for balance this cycle:

Some of these buffs are softer than others but we only aim for what would be appropriate for each champion.

2) Here’s Riot Scruffywith a preview of balance for Patch 10.11:

-Targets selected, changelists will be ready for tomorrow
-Mid and systems work is not in this patch, but in flight

“fyi, senna is likely still going to get buffs (either base stats or another sort of buff) aimed at non-support item playstyle in the next patch, 10.12”