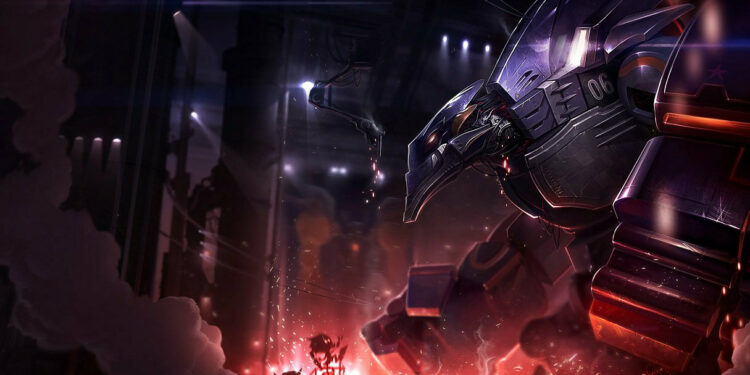 New PBE content suggests that several champions, including Rell, Twisted Fate, and Thresh, may get a new mecha skins

Riot Games has released a skin in honor of their largest tournament of the year, Worlds, since 2012. Azir will have the Worlds skin for this year, which has already been released in Patch 12.18.

When the new Worlds skin was announced, leaker Big Bad Bear assumed that the robotic concept of the skin was a teaser for a forthcoming robotic skin series – in this case, the Mecha skins.

On September 20, Big Bad Bear had access to some unreleased League of Legends emotes, all of which promote the robotic theme.

These emotes are futuristic forms of Rell, Twisted Fate, and Thresh, and the leaker believes that the Mecha skins are making a comeback. They resemble the Worlds 2022 Azir skin, and we can see Thresh in the background of the splash art. As a result, we may conclude that the new Thresh skin exists in the same universe as Worlds 2022 Azir.

The skin line was introduced in 2012, with Kha’Zix sporting the first skin. The skins are from another reality where Heimerdinger, Rumble, and Ziggs invented these mecha champions.

Other well-known Mecha skins include champions like Aatrox, Malphite, Rengar…

The forthcoming skins will most likely be introduced in Patch 12.20 on October 19 and will be available for testing on PBE servers on October 4.