Peanut being sexually harassed by a mysterious man on social media 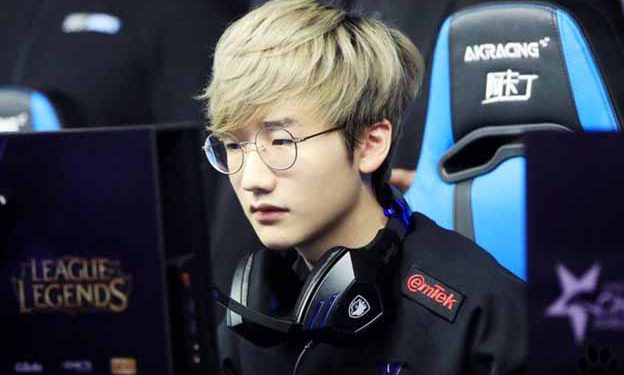 Continue to be shocking cases revolving around the Chinese League of Legends community, recently, LGD Gaming’s jungler Peanut has continuously published articles about his being a victim of sexual harassment of disorders on social media.

According to Peanut, in the past 2 months, a man has been constantly posting comments as well as sending messages with sexually suggestive content on his personal Instagram. After being blocked, this person even created a lot of virtual accounts to continue his harassment. Recently, Peanut was forced to announce the incident and give a final warning to the culprit:

“Please stop, don’t go over the limit. There is a man who constantly comments sexually suggestive content on my personal social network. This has caused a lot of problems. I asked him to stop but to no avail. If he continues to do so, I will post all this dirty content and file a lawsuit. “

However, Peanut’s warning was completely ineffective, the harassment continued, and eventually, the player had to go through LGD’s management team to get legal intervention:

“Hello, I’m Peanut, for the past 2 months, I was extremely stressed when faced with harassment on social media. I asked the culprit to stop, but nothing changed, because So I decided to sue him.

I have been looking for support options as well as calling a lawyer. Not only me but many other gamers can also provide evidence of this man being harassed. If someone has any information or images of similar harassment, please report them. Thank you for your interest! This article will be deleted after I complete the complaint process.”

The case of Peanut was not the first and only time, players or celebrities in the gaming community became victims of sexual harassment on social media. However, it seems that the former SKT player has suffered a lot of these behaviours during the past 2 months, and when he issued a warning but it did not work, he had to ask the authorities to intervene.

In particular, due to the inability to determine the true identity of the culprit, Peanut will have to rely on the help of both Chinese and Korean police forces. In addition, he also receives the support of a number of social organizations to combat sexual harassment, and his organization – LGD Gaming will be the representative to work with lawyers to quickly solve the case.