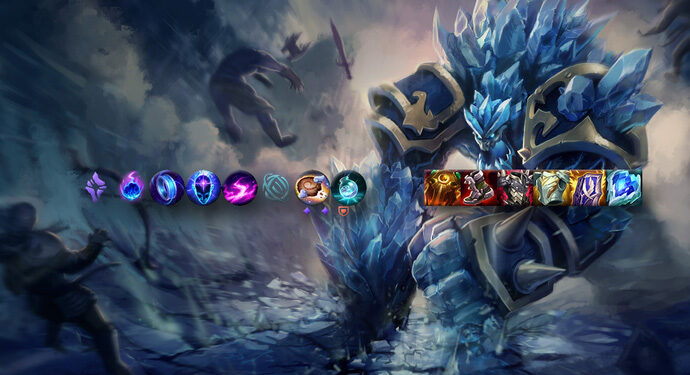 Strong or weak, these pesky playstyles will all cause great pressure for the opponent

Since Preseason items arrived, the community has been testing and bringing in impressive and creative playstyles. Strong or weak, here are several playstyles that have been rocking League of Legends recently.

Stacked effects from (P) Deadly Venom now does a maximum of 199.998% magic damage

In patch 10.23, Riot Games has buffed Twitch’s Passive damage, E‘s magic damage, and W‘s slowdown. Thus bring Twitch backs to the meta as the ‘new mage’, one of the pesky playstyles that have proved to be extremely effective in the current meta.

More specifically, Twitch will initially play the role of a poking champion with familiar combos such as Q+W+AA+E to weaken the opponent. However, as there are no clutch skills to save himself or allies in tight situations, caution is advised.

When Twitch has finished 1-2 items, his role will then be a (main) magic dealing assassin. Since Twitch’s AP damage mainly comes from activating stacking effects when using E, the necessary combo for that is Hail of Blades + Nashor’s Tooth. Next, you can upgrade to Everfrost (binding the opponent in W’s range). Lastly, pure AP damage items like Rabadon’s Deathcap, Mejai’s Soulstealer (situational), Void Staff,…

Malphite has somehow become the fastest adapting champion with 10.23 meta by being able to “bully” most matchups on top lane.

Beginning the match, Malphite is almost unbeatable since all Rune pages he use (Press The Attacks, Summon Aery, Grasp of the Undying) are all strong. As for the secondary rune page, Biscuit Delivery and Time Warp Tonic are good for his landing phrase while providing extra healing and damage.

With the ability to “press Q and dominate lane”, Malphite can easily 1v1 an opponent or call his teammates to set up ganks for easy kills. In the later phase of the match, when he has got full tank items, Malphite becomes some kind of an “easy to play, easy to win” champion with the fact that he only needs to ram into 1 or 2 carry players of the enemy team to seize victory with such pesky playstyles.

Thanks to his simple but effective playstyle he is currently having the 2nd highest win rate in the top lane. Malphite is getting more bans than ever from rank matches.

Master Yi and his friends

As one of the strongest playstyles in the past, the Master Yi + Taric combo has returned and is currently dominating the Preseason meta.

This time, a jungler Master Yi is still supported by a mid-lane Taric. Thanks to one (or more) supporter(s), Master Yi will directly buy offensive items like Duskblade of Darktharr or Navori Quickblade to maximize his lethality stat and his ability to finish weaker enemies in short ganks with these pesky playstyles.

In the beginning phase, Master Yi’s mission is simple: clearing out the jungle then moving on to clear mid lane minions with Taric. If you’re ganking, then a simultaneous 2 Q combo from Master Yi and Taric will be difficult as it will be impossible for the opponent to dodge without using flash, and the gank’s success rate is extremely high. In the later phase, Master Yi will be the main carry with 2-3 strong buff abilities like (R) Cosmic Radiance from Tarik and a supporting champion like Lulu, Morgana, Nami, Janna,… to charge straight into the enemy team to deal tons of damage.