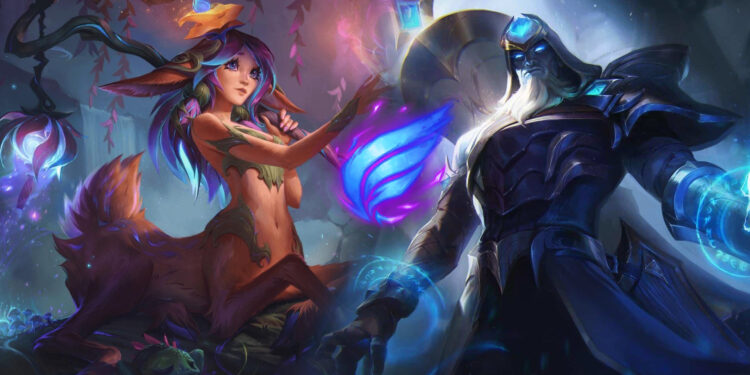 The most recent patch 11.10 has already weighed heavily on both Ryze and Lillia, despite the fact that the champion didn’t receive any nerfs himself. Alternatively, Riot decided to nerf the Phase Rush keystone by increasing the earlier start cooldown and decreasing the rune’s bonus movement speed.

Ryze was already in a tight situation with low win rates in both the top and mid lanes prior to patch 11.10. The nerfs to Phase Rush have just made the situation even worse. On OP.GG, Ryze is only at a disastrous 42,98% win rate in the Top lane and 42,49% win rate in the Mid lane. This makes Ryze the champion with the lowest win rate in the game, giving Ryze players little to no incentive to play him in solo queue.

After being considerably weaker than before, Phase Rush is still the must-go rune on Ryze. Ryze, as an immobile mage, needs the extra travel speed to avoid difficulty and full advantageous trades. With Phase Rush’s longer cooldown in the early game, Ryze must now pick his trades more carefully.

Another champion who was affected by the nerf is Lillia. On OP.GG, Lillia’s win rate is just about 43,69% win rate at Platinum rank and higher, this was later risen to 46,82% but still insignificant. Lillia used to be popular and rather strong Jungler since her release in July 2020.

Since Phase Rush is currently weak, most players have begun to run the Dark Harvest rune on Lillia instead. Although this can be a good alternative, Lillia players are likely nostalgic for the days when Phase Rush was the most suitable rune for Lillia.

It is still unclear how Riot will deal with its current state of weakness but another Rework from Riot might solve the problems.