Play LoL: Wild Rift on the simulator. Why not? 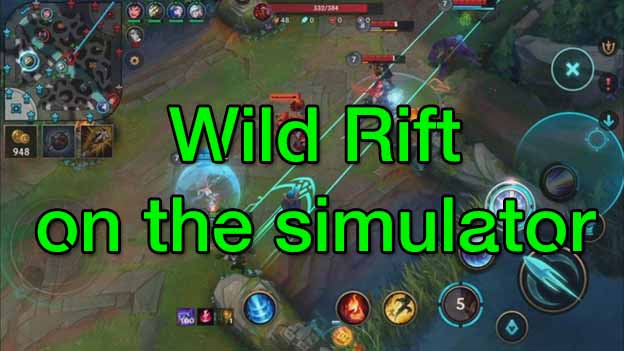 Wild Rift on the simulator

Up to the present time, the launch time of League of Legends: Wild Rift is still a mystery. Gamers who have just received an appointment at the end of the year will have more information about this game. However, the timeline for the release of League of Legends: Wild Rift is not given. The reason given by Riot Games is because this game still needs more time to complete, so it can not “sprung” in the near future.

The emulator platform was born in part for these reasons, for gamers who don’t have phones, or who have but don’t like to play games on phones. That is why many players prefer to play games like PUBG Mobile or even Arena of Valor or Mobile Legends: Bang Bang on the simulator because simply, these players prefer the feeling of using a mouse and keyboard rather than manipulating it touch screen.

There are players who like to play on the emulator, use the mouse and keyboard to outperform mobile gamers because many games do not distinguish the two platforms. Except for some “strict” names in this regard like PUBG Mobile, the majority of the rest of the games like Honor of Kings (Kings of Glory) in China also does not interfere in this.

Of course, the use of emulators on pure Mobile MOBA games is not simple, if gamers are not familiar, but when manipulating the hand, the use of a mouse and keyboard always brings a “cool” feeling “more for players.

Going back to the idea of ​​playing League of Legends: Wild Rift on the simulator really crazy? The answer is no, if Riot Games does not apply measures like PUBG Mobile.

As previously said, the Mobile version of League of Legends has been shortened significantly of the time of the game instead of being too long as on PC, the time of a battle in League of Legends: Wild Rift will only be 15-20 minutes. This is a good time for mobile platforms, and so it is suitable for those who can not sit long on a PC.

Therefore, there are gamers who are very passionate about League of Legends but do not have the time and do not like to play on the phone, emulation will be their choice, especially for gamers using thin, light laptops or hybrid tablets new generation. Therefore, it can be affirmed that the idea of ​​playing League of Legends: Wild Rift on the simulator is not crazy at all, and it will certainly come true when this game is released.