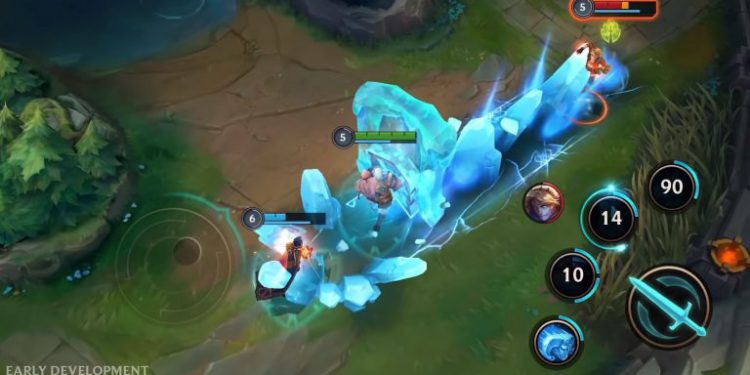 League of Legends Wild Rift fans around the world are waiting for a day to try this game, but it seems like a long time to come.

When will League of Legends: Wild Rift launch? Since the information was developed in October last year, the time when this game will be officially released is still a mystery and always makes gamers around the world follow each information one by one. . This is also a rare product that attracts the attention of millions of gamers around the world.

So far, only information has been confirmed that this product will launch in 2020. But the specific time, Riot Games completely not announce. Recently, Riot Games has spoken out about gamers should not download unknown software to avoid unfortunate cases.

According to sources in the Chinese market, one of the key markets of Riot Games, League of Legends: Wild Rift has to postpone the time of release, at least with the test version because of censorship issues and licensing of the regulatory agencies. So recently, many players in China have learned the information that, will postpone the launch of the Alpha Test version of League of Legends: Wild Rift, at least until August 2020, which is pushed back 5 months longer than originally planned in March.

Previously, a test version was experienced in the US and Australia and limited to a few selected gamers. These gamers said that, although very similar to League of Legends PC, the experience of the mobile version at that time was not really good.

Of course, to feel like a PC version is almost impossible due to the limitations of the mobile platform. This may also be the reason why Riot Games continues to improve and complete League of Legends: Wild Rift in the remaining time to try to give players the best feeling.