You Can Apparently Replicate the Poppy Exploit on Any Champion 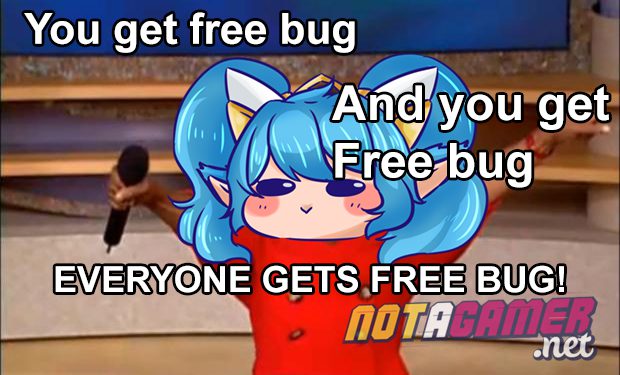 Poppy, along with Kayn and Illaoi, have been terrorizing League of Legends for several weeks by now. The ability to rack up hundreds of kills every game without fear of retaliation is just awfully frustrating to deal with, and Riot’s incompetence in dealing with this matter has been panned universally across the player base. In response, Riot promised to patch the bug as soon as possible, while also stated that they would drop the banhammer on anyone who attempted to pull off this bug.

The exploit, which can be done by using Hexflash and then use the Q ability repeatedly to damage every enemy player on the map from the fountain, has caused the Hexflash to be temporarily disabled until further notice. The Inspiration keystone will now be automatically replaced with Perfect Timing if you picked Hexflash, and this really hurts champions who are reliant on Hexflash such as Sett support and Leona.

This was thought to be done only on Kayn, Poppy, and Illaoi, but a Youtuber, Vandiril, known for his videos exploring the programming errors in League of Legends, has recently discovered that the bug can be literally used on anyone. This can be done without Hexflash, and all it needs was the Flash summoner spell. Flash into the right place (The rim of the fountain or the wall of the Baron pit, like in the video below) and then proceed to spam ablities until every opponent on the map is dead.

As Vandiril commented on the video: “Due to the nature of the game, fixing things can lead to unwanted problems”, it would take awhile for Riot to completely fix this programming error. Perhaps besides the balance team, the game developer team of Riot Games is about to catch the wrath from the whole player base.

Read more:
Are We Playing League of Legends Less Than Watching Others Playing It?
Our Facebook page