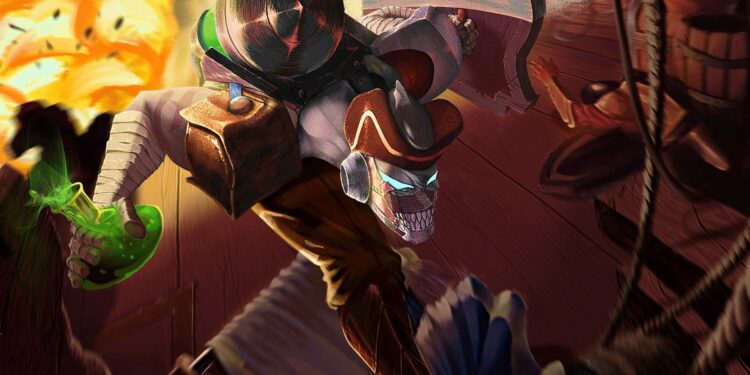 Preseason 2021 sure has brought a lot of changes to the Field of Justice.

OP stuffs to make this pre-season a hell of a ride. But thanks to Riot’s 200+ collective years of professional game design experience, those things can’t ever stay for too long. But besides OP and weird stuff, some things are falling behind in Preseason 2021 too.

Preseason 2021 comes with Mythic items, which make League changes a lot in a short time. Our champions now have the much-needed mobility and healing these items provide. These things sometimes completely cover the lack of sustained mechanics for some champions. Its obvious healing is the straightforward way to counter DoT (Damage over time), but these items are so good, they are present in almost every match.

This fact hurts DoT-dependent champions like Mordekaiser or Singed. Minishcap1 – a Singed one-trick player that had climbed to Challenger Division for many seasons before Preseason 2021 (Season 10 included), has recently posted his thoughts on this matter on the League of Legends subreddit.

Minishcap1 did some researches, he showed us the the numbers on Lolalytics:

According to Minicaps1, this is due to DoT items in Preseason 2021 being so much weaker than before (the good old Liandry + Rylai) plus the huge amount of healing every game. People may argue that Grievous Wound can fix the problem, but this challenger dude knows what he is saying. Singed is among the best applicators of grievous wounds in the game. “Poison trail debuff lasts for 2 seconds, extending the duration of grievous wounds from 2 to 4, and Demonic ticks for 4 seconds extending the duration to 8 seconds.”

He shared the clip that can be proven for the problem of Preseason 2021: “The enemy champions tanked almost my entire 25-second ultimate duration, strolling through poison trail while healing hundreds of hp every few seconds. Sylas didn’t even itemize for healing at all, building armor, and Wukong lost his lane heavily, while also having 0 magic resistance. I even had a demonic embrace. The crazy part was that I was pretty fed for a Singed at this stage in the game. Healing is just so strong that Signed and champs similar to him, like Morde, get gimped out of so many kills even when piloting their champs very well.“

Singed falling behind is not because his kit can’t get the job done. Experienced Singed players can still easily get in a team fight, fling an important target or even root them. Still, when it comes to the poison, even when it is spread perfectly, champions with Conqueror and the right items can’t care less about the poor guy.

Minicaps1 believes that despite the vast number of items that provide both HP and AP, there are only 3 reliable items for AP bruisers, and they are not that good. Riftmaker has been gutted for AP bruisers, and Demonic Embrace doesn’t apply enough damage. Rylai’s Crystal Scepter Is very reliable but does not damage the dealing item as much as it is a utility item.

Minicaps1 is trying his best to bring attention to this matter, but Singed is just a champion in the AP bruiser / DoT classes, all the champions in these classes are missing their spotlights. Not to mention, not many players really like Singed even before Preseason 2021. The conclusion can be long and depressing, but Minicaps1 gave us the most suited conclusion: “It sucks to main DoT champs right now.”