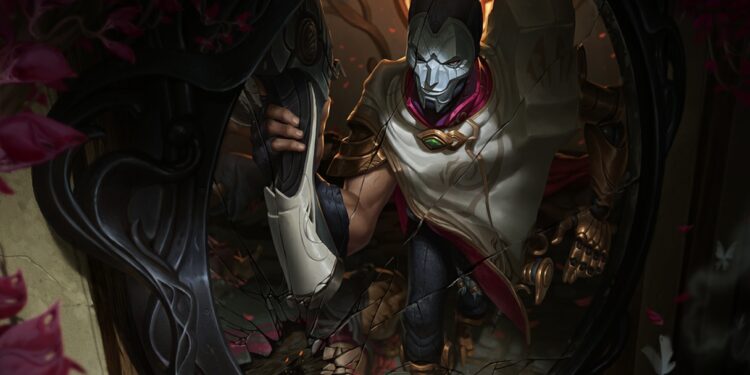 With all the changes of Preseason 2021 that are rolling out pretty fast in the League of Legends, there are plenty of items that seriously need some rework in order to remain balanced in the whole Rift.

Marksman is an extremely weird class in League of Legends because their power is so strong in the competitive environment that everyone has to watch out for, but on the other hand, in normal public matches, they are incredibly squishy and vulnerable (Sneaky also shared his thoughts about Marksmen’s situation). In this chaotic Preseason 2021’s meta whether either you will be killed by a Sunfire Aegis Amumu/Malphite or be assassinated by some random assassins such as Zed or Fizz, a few Marksmen actually rise and themselves actually become a slaughter machine.

Today, we will have a deeper look into one of the most pick ADCs in this current Patch – Jhin. Even though throughout the whole 2019 Season, Jhin was already a meta pick for most matches, his ability kit provides insane mobility and high outburst damage when compared to any other carry. This time is a completely different story, in Preseason 2021 meta, instead of going for traditional AD Carry’s items, he will go for Eclipse, bring Dark Harvest, and become a real killer with only roughly 2 shots needed to bring down any squishy target.

His Rune and Items

Why is this effective?

Firstly, With core Mythic items like Eclipse and combines with The Collector, this is one of the most perfect combinations to deal out extreme damage at this point. While Eclipse provides similar stats equal with Duskblade of Draktharr, its mythic passive also provides X% Armor Penetration, which is really suitable to anti tanky Sunfire Aegis champions.

Secondly, snowballing your enemies and getting more kills from time through time and the passive from The Collector provides you an additional 25 Gold per kill. When Jhin is already strong, he can’t be stopped. The disadvantage of this item is that it doesn’t provide any bonus Attack Speed, due to that reason, it’s really hard for any Marksmen when they consider their buying options. Unlike other traditional carries, Jhin has a fixed Attack Speed and doesn’t need any additional one.

In the end, Jhin’s abilities fit extremely well with Assassins’ items. If you are looking for a fresh way to play in the bot lane in Preseason 2021, this build is the perfect one to go for. It is both enjoyable and effective.