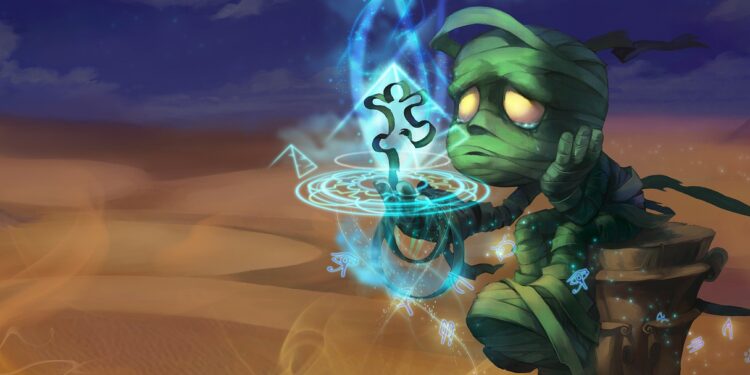 Following Riot’s recent effort to make the game fresh and exciting with the Preseason 2021 update, there have been some noticeable and interesting changes to which champions are being entrusted by jungle players. All the builds that we captured were taken from Koreanbuilds, they are an extremely great method for anyone who wants to get used to this season much faster.

Preseason 2021 – Patch 10.23 has been recently released, and with it – all the new and confusing items are here. The League’s community has been trying every possible combination to figure out the meta of Preseason 2021. And somehow, in a blink of an eye, forgotten jungle champions have had an interesting comeback and made it to the top 3 best jungle champions with unbelievably high win rates. This top 3 list is now the pick or ban list for many players if they want to have some fun in the Field of Justice. With the brand new mechanics from items in Preseason 2021, you can completely destroy the whole enemy’s line-up with just 1 single item: Sunfire Aegis is one of that.

In the early phase of the game, Amumu can easily clear multiple camps without losing too much HP. Amumu’s first complete item should always be Sunfire Aegis, this item speeds up his camp clearing, helps The Sad Mummy take much less damage, and deal tons of damage during ganks. Secondly, we have Abyssal Mask, with the ability to increase the damage immobilized enemies take by 10% for 4 seconds, this item also helps Amumu to contribute much more damage in team fight due to his iconic ultimate Curse of the Sad Mummy.

Lastly, let’s talk about the item that makes Amumu such a nightmare: Randuin’s Omen. In Preseason 2021, this shield reduces the damage taken from basic attack by 0.5% of the owner’s maximum HP. In combination with Amumu’s Tantrum, the Sad Mummy can dominate any enemy with high attack speed. Not to mention the item’s active ability to slow both attack and movement speed, reduce critical hits’ damage and physical damage of affected enemies, these things help Amumu to be literally inseparable from the enemy’s core champions.

Basically, Rammus’s playstyle is not much different from the Sad Mummy, hug the most important champions on the enemy team so tight they can’t do anything while your team slaps their faces. Sunfire Aegis then Deadman’s Plate and Thornmail, with these items, Rammus has the much-needed speed to get up close to his prey while ensuring their death when he arrives.

Besides, having Rammus on your team will provide some advantages over the hot Preseason 2021 picks high attack physical damage champions like Kha’zix, Lee Sin, Graves,…

Like all other tanky champions right now, Mundo should get Sunfire Aegis as soon as possible (you can still get Spirit Visage first in case you really need it), and then with Deadman’s Plate plus the Fleet Footwork Keystone, the Madman of Zaun simply cannot be separated from the enemy’s cores and if his team is ahead, he simply cannot be killed. To maximize the efficiency of this playstyle, his abilities progression should be E>Q >W, dealing tons of damage from Masochism while making sure the enemies can’t escape with Infected Cleaver.

You should play this build with the “always all-in” playstyle and with that, you should calculate the risks really carefully to make sure one thing: Once you go all-in, you crush your enemies, see them quiver before your immense muscles.

Aside from those broken Assassins, we again have seen Tanky champions finally had some spots in the Summoner’s Rift, which is a great news to see. Even though this Patch is far from balance, this promises a brighter future for League. We can’t wait for the upcoming patch that will adjust some of the most broken champions in Preseason 2021.