Preseason 2022: Riot is adding 2 new Dragons into the game, Hextech and Chemtech Dragon 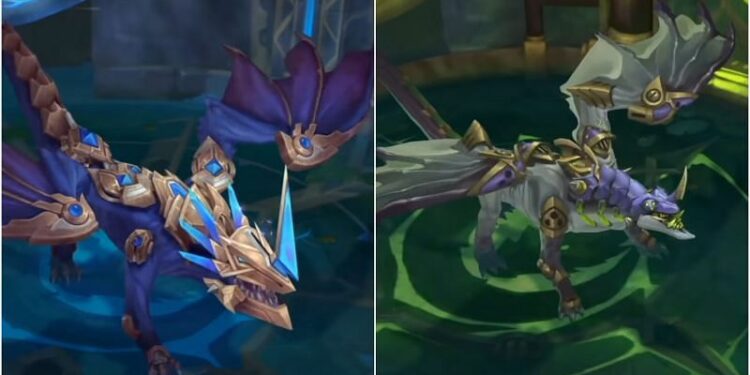 For a long time, dragons have been an important component of League of Legends. The current League of Legends meta is mostly controlled by the four dragons Inferno, Ocean, Mountain, and Cloud. Dragons, along with the Baron, play a significant part in League of Legends, since it can turn the game around.

But perhaps Riot appears to want to go further, as Preseason 2022 coming in, Riot is adding 2 new dragons, along with their buffs into the game: Hextech and Chemtech.

Hextech and Chemtech dragons are coming in preseason 2022

The Hextech dragon, once defeated, will grant the team with additional ability haste and attack speed. When the Hextech Soul is obtained, the team will get a chain slow that will be very similar to the old item Statikk Shiv’s passive.

This does not end here, once the dragon has taken control of the rift, the map will be littered with Hextech gates. Players want to leap from one area of the map to another can now use these teleporters to do so.

The Chemtech dragon, the darker version of the Hextech, will be the second dragon introduced in League of Legends. Upon obtaining the dragon, when a player’s health is low, the Chemtech dragon will grant the player to ability to deal more damage.

Also, if the player dies after claiming the dragon’s soul, they will enter some sort of zombie form. The zombie form is similar to Sion’s passive, but instead you can still cast your abilities and auto attacks the enemies.

Aside from that, after the Chemtech has taken the rift, it will set up camouflage zones in predetermined locations around the map. Players will be able to use the Chemtech dragon to their advantage in multiple team fights.

Both of these dragons appear to be far more powerful than the present ones. However, it remains to be seen how Riot balances them and what influence they have on League of Legends as a game. Updates will be released on the PBE in a few weeks and players will have the chance to experience these updates.