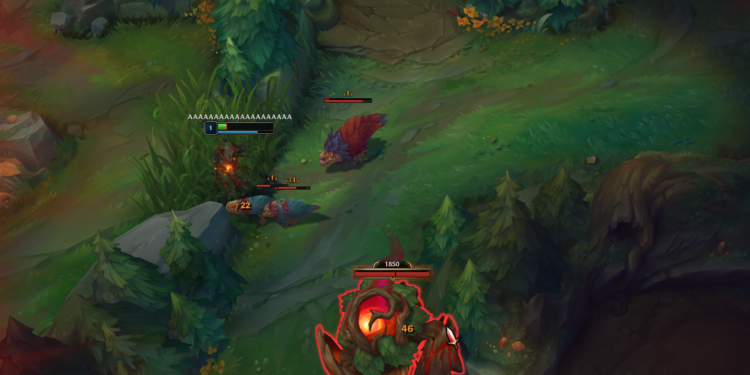 A developer update from Riot Games outlines some of the initial adjustments coming to the jungle role in League of Legends. When the 2023 preseason patch launches later this year, some iterations of these improvements and modifications are anticipated to go live.

The difference in how the jungle position is played between daily solo queue games and the highest tiers of competitive League was one of the most significant issues Riot addressed in today’s development update. Riot is emphasizing the need to “lessen [the] barrier for the entry” with regard to in-game knowledge and jungle-specific tactics. Riot also discussed how the jungle meta differs significantly between professional play and ranked ladder play.

“Right now in League, it’s not realistic to expect a ton of different characters to be viable at the highest levels of play because a lot of them simply can’t optimize their clears enough to stand up with the rest”

In light of this, Riot is experimenting with the way jungle items are constructed, how junglers interact with their teammates, and how players move through the jungle. Even the future addition of “aids” for jungle pathing was suggested by the creators. Riot wants to make things easier for junglers by making the role more approachable for newer players who wish to take it on while yet maintaining a compelling experience for seasoned veterans.

“The goal here is absolutely not to ‘dumb down’ the jungle or remove the ability to show off your jungle knowledge, but to make sure that jungle is complex in the right places”

The introduction of “pets” will be the biggest transformation of the jungle. These companions will stick by your side as you move throughout Summoner’s Rift, helping you wipe out camps and take control of neutral objectives. Your pet becomes stronger the more you exert yourself in the jungle. Your pet will eventually become powerful enough to increase the strength of your champion. Players may anticipate learning more information on the jungle’s newest addition prior to the preseason, while there is yet no official word on how these pets will alter gameplay at the jungle position.

Riot also intends to address other fundamental gameplay elements of the jungle position, including the Scuttle Crab’s influence, the frequency of cross-map invasions, and the importance of the jungler in taking down epic monsters.

Although the League team hasn’t proposed many specific gameplay modifications as of yet, today’s update gave players access to a significant number of concepts that the designers have been kicking about. There is still plenty of time for additional details about the jungle changes to be released because League’s preseason updates typically go live in November.