New Meta: Pro players are spamming Vi in solo lane and here’s why 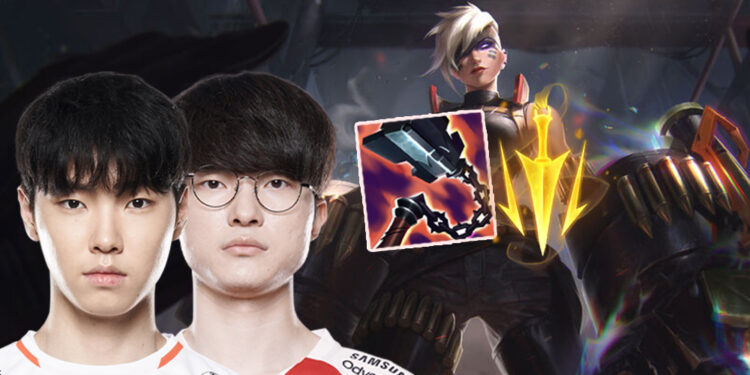 As we all know, Riot has made a lot of changes around patch 11.18 and 11.19 so that the meta of Worlds 2021 can be various. As for the players, they are finding ways to adapt to the patches by experimenting in solo queue to find the optimal playstyle.

Among them, the solo lane Vi style is emerging as a very strong choice and is even used by top players like Chovy, Faker, Bdd.

Why players are playing Vi in single lane?

So why is this jungler is becoming so popular recently in the mid lane? The first thing to note that is because of the item Goredrinker is presently League of Legends’ most broken Mythic item.

This item provides an excessive amount of damage and health, and it keeps bruiser-like champions to deal exceptionally good damage and provide huge chunk of healing at the item’s threshold. As a result, players going Goredrinker for bruisers, such as Vi, have grown to be immensely strong choice.

Furthermore, the meta in the mid lane is shifting, with more and more melee champions, bruisers, duelists, assassins… appearing in the arena. Champions like Talon, Irelia, Jarvan IV, and Tryndamere are progressively becoming meta, and players have been progressively finding the counter since then, and they ‘ve found Vi.

Her passive is a powerful tool in solo lane as it reduces armor and increases attack speed. The combo is simple, but it still offers a decent amount of burst damage with her Q + AA + E. Not to mention, her E deals insane damage and it is a very strong ability to harass against long-range champions.

In short, with good use of Goredrinker and some good skills of countering melee champions, Vi is a strong pick in solo lane positions. If you ever in a match and see the opposing lane is picking champions like Tryndamere or Irelia, don’t hesitate to lock in her and punish your opponent.