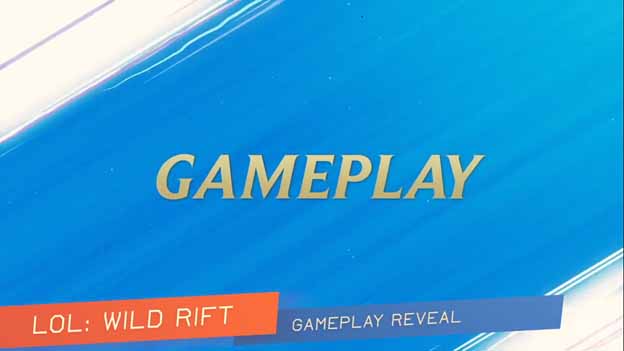 League of Legends: Wild Rift is coming to the Philippines for an alpha test, starting June 6! If you haven’t checked out Wild Rift’s recent gameplay reveal, go do that first. We’ll be right here.

We compiled the top 10 questions that we think you might have and put some answers to ’em. Let’s dig in:

What is the Wild Rift Regional Android Alpha?

From June 6 to June 27 (Manila time), Wild Rift will be available to a limited group of players in Brazil and the Philippines on Android phones. This test will be pretty small, and much of the game is still very work-in-progress, but we’re collecting feedback on a few important things.

What are you testing?

Wild Rift’s core gameplay, because we have to know if Wild Rift lives up to your standards for a genuine League experience. Game systems, so we can figure out if it’s easy to get your friends onto Wild Rift, if our progression systems feel rewarding, and that getting champs feels fair.

Infrastructure and service stability, to make sure we’re upholding a high quality of service for your matches.

The test will be pretty small this time around, but we’re going to be randomly selecting from players who have pre-registered for Wild Rift on Google Play! On June 6-8, servers will only be available from 6 pm – 10 pm each day as we confirm the game’s stability. Invites will be sent earlier in the day on June 6.

We’ll be inviting more players as the test goes on, so keep an eye on your email if you don’t get in on day one. We’re also raising the minimum device spec for this test, but there’s more on that below. Reminder: Once invited, you’ll need to log in with the same Google account you pre-registered with.

We still love you! We won’t be able to fit the majority of you in, but we still want to show you what we’ve been up to. Did you watch the gameplay reveal yet? Scroll back up!

Why Brazil and the Philippines?

Well, for one, we really love churrasco and chicken adobo. But we also wanna start in just a couple of regions where players aren’t super similar in the way they play games. This way, we get a range of feedback and data to make sure we’re hitting the mark among different groups of players!

My skills are top tier, but my phone isn’t—what are the minimum device specs?

We’re temporarily raising the minimum device spec for this test, as we’re testing a few things mostly unrelated to performance. We are committing to making the game accessible to as many devices as we can without compromising Wild Rift’s core gameplay, and we’ll be working more on this as we approach launch.

If I get in, can I talk about the game? Can I record or stream stuff?

Yup! There’s no NDA on this one. Make sure to show us what you make!

Will anything carry over to the full launch?

Nope. Unless you count building up your sweet skills a bit before everyone else.

What about if I encounter bugs or need to contact Player Support for something?

As Wild Rift is still in the alpha phase, and also due to the constraints that are currently impacting a lot of game companies across the world, Player Support for the Wild Rift Alpha will be a bit lighter than Riot’s other titles for now.

But never fear—we have a small site spun up to tackle some more questions for y’all. We won’t be able to respond to individual ticket requests, but we are monitoring your feedback, and we’ll have upgrades for future tests and for launch. Alpha players can also submit direct feedback to us through the Google Play Store.

Where can I find more info?

Keep in touch with us, we really want to hear from you!

I have so many more questions!

We’ll be running a Q&A for BR and PH players (whether you’re in the alpha or not) when the test has been live for a little while, so get your spiciest questions ready and we’ll answer them in another post.

That’s it for now! This is just a first step on Wild Rift’s journey, but it’s an important one. Whether or not you’re able to play this time, we still need your feedback, your concerns, and your memes. We really want to make Wild Rift a fun, long-term game, and for that we need to make sure we’re building it with all of you. As we approach launch and beyond, we need YOUR help to tell us what we’re doing right, what we’re messing up, and what we should focus on next.