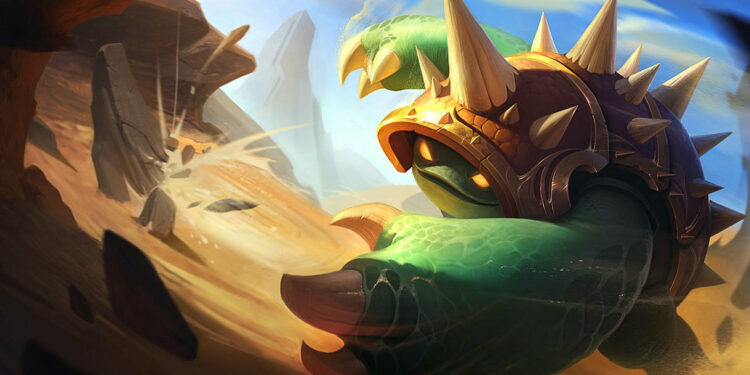 Rammus’s kit has remained essentially stable since it was announced in 2009.

After skill sets were shown for Rammus during the League of Legends: Wild Rift portion of today’s 2021 season livestream announcement, it became visible that he is also expected to receive a “small rework” in the League of Legends PC update, according to League gameplay production director Mark Yetter.

His newest ultimate, adapted to the mobile application, is called “Soaring Slam,” according to Brian Feeney, director of Wild Rift design. The ability “allows him to leap into the air and create tremors where he lands.” In comparison, this champion’s signature roll skill, known in-game as “Powerball,” is now a passive ability in Wild Rift.

It is not known if these abilities would be used as part of the “small rework” for Rammus in the League PC update that was teased by Yetter. However, he has not received any significant patches to his kit since 2017, and his powers have remained almost entirely unchanged since the character was launched over a decade ago.

As one of the most outdated champions of the League, a rework will be a pleasant surprise for the Armadillo.