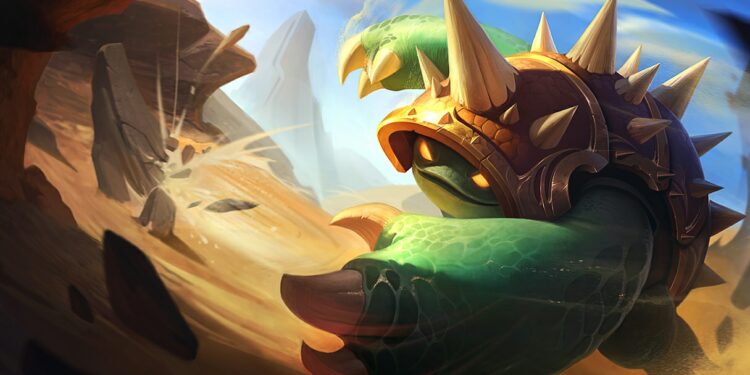 One of the oldest champions of League of Legends – Rammus – The Armodillo is having his full makeover coming soon on PBE.

As his new Ultimate – Roaring Slam was revealed in January, fans are excited about the upcoming VFX and ability update for this champion ever since. Earlier today, more information about his updates has just been detailed by Riot Sirhaian – a senior VFX artist of the game. The upcoming adjustments are announced to hit the PBE tomorrow and will land on the official servers at the end of Spring.

Some of the major VFX adjustments were showcased in a video posted by Sirhaian, showing that The Armodillo is keeping up with the current standards of visuals.

While using his iconic Q, Powerball, Rammus now has clear wheel marks wherever he passed as dirt flying around him as an indicator of his extreme movement speed. His W, Defense Ball Curl also has a clearer VFX update, replacing his used-to-be simple shield with a spiky shield that perfectly matches this champion’s theme and concept.

Rammus’s E, Frenzying Taunt now also added an indicator of the direction which his enemies have to face when being taunted by him. The effect is much similar to Rell’s E, but only served for better recognization and makes the effects to be much clearer.

His updated Ultimate – Roaring Slam will alows him to jump right into the battle. The ability makes Rammus leap into the air and slam down in the target location, dealing damage and slow on the area, a bonus amount of damage based on how far he leaped will also be dealt to enemies who are standing in the middle of the ability. When casting after using his Q, players who are standing in the middle of his Ultimate will also be knocked up.

His old Ultimate, however, will continues to live on as a second feature of his Ultimate. After he landed the slam, an aftershock will be created on the area around it, continue to cause damage and slow opponents even more.

Asides, Riot Sirhaian also revealed that his skins will receiving visual updates as well. For example, Ninja Rammus and Molten Rammus will has different Q effect based on its theme, while King Rammus’s W will have a crown topped of its shield along with the spiky VFX.

All his updates will be available on PBE tomorrow, however, these changes are not yet final and might receive further adjustments before the official release at the end of this Spring.