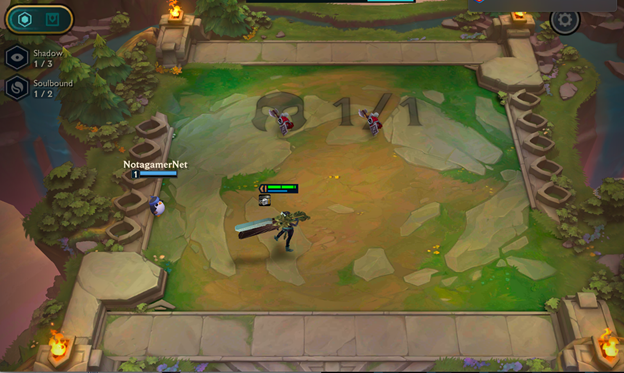 Teamfight Tactics Mobile is one of the hottest mobile games today. Therefore, gamers are very interested and follow every step of this product. Due to the high expectations, when there was an official announcement from Riot Games that only a few countries in the region were selected to experience the Alpha Test version, frustrating players in other countries.

However, with just a few simple steps, gamers can log in and experience Teamfight Tactics Mobile very easily. However, for some objective / subjective reasons that players can not play this game, let’s find out the reasons below.

1. The test version is only for the Android platform

If the phone that gamers are using is the iPhone, then my condolences, this is not a device that can participate in Teamfight Tactics Mobile Test at the present time.

2. Is your configuration enough to play Teamfight Tactics Mobile?

If the player is using an Android device but can not log in to this game, remember the note that Riot has announced on the phone configuration that can play the Teamfight Tactics Mobile, specifically as follows: players will need OS5 + and 2GB of RAM or more to play smoothly. Thus, with such a lower configuration, the experience of this game will be somewhat difficult, or can not be logged.

For iOS users, Riot has also announced that the device can play Teamfight Tactics Mobile when this game officially launched, devices from iPhone 6s and later are supported. Should iOS users on the device as required or above, it can be guaranteed when the game is released.

According to Riot, this was not possible at the time of its release, but tablet-based players will soon be able to play Teamfight Tactics Mobile. Riot wants gamers on tablets to have the perfect experience, but to achieve this, it will still need more time to prepare before launching the game.

4. Can the simulation software play the test version of Teamfight Tactics Mobile?

According to what we’ve tested, the two most popular emulation software currently, Nox and Bluestacks 4, cannot install the APK file of this game. If any player can do this, do not hesitate to share with other gamers to guide them.

5. Why have you met the requirements and still can’t play Teamfight Tactics Mobile?

If the player meets all the above requirements, even if he has downloaded and installed the Teamfight Tactics Mobile, but still cannot play this game, it may be due to the lucky of the gamer. Because many regions around the world are also looking to overcome the hurdles to once set foot in this game.

The number of players waiting in line is increasing and there is no sign of stopping overtime. From 3000, 4000 on February 8 has increased to 100,000. February 9 recorded 190,000 gamers are waiting to enter the game. Therefore, the situation can not enter the game, lag … is completely understandable.

Teamfight Tactics Mobile and League of Legends: Wild Rift is the two names most sought after players in the world by the popularity of this game on the PC platform. This explains why the attraction of TFT Mobile is so big, players across the globe are watching every step of these games.