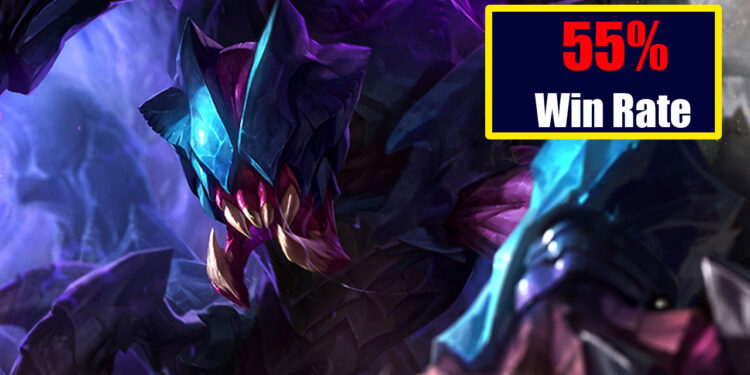 Rek’Sai has encountered a game-broken glitch that made her unplayable after the attempt to fix Patch 10.19 bugs from Riot. The bug fix in patch 10.19 was aimed at an issue where Rek’Sai’s ability cooldowns were not working as initially intended.

For the last few weeks, The Void Burrower has been disappointing players. The Unburrowed ability set cooldown doesn’t tick down when she is in her Burrowed form. As a result, players deal much less damage while switching between forms. As a consequence, when switching between forms, players deal far less damage. While the patch attempted to resolve this problem, it accidentally created some bigger ones.

A League of Legends YouTuber discovered that the temporary bug fix in Patch 10.19 caused her to be “broken.” The bug now also occurs in her Burrowed form. Both skill sets take a much longer time to cool down.

The initial bug of Rek’Sai, ahead of Patch 10.19, had dramatically affected her win rate, reduced her to an all-time low of 40 percent in solo queue. When Rek’Sai burrowed while Queen’s Wrath/Prey Seeker (Q) or Furious Bite/Tunnel (E) were on cooldown, the bug would stop the cooldown countdown until she unburrowed.

In today’s hotfix, the developers wrote down their mistakes and fixed the bug for good.

Now that all bugs have been fixed, it remains to be seen where Rek’Sai will land on the tables. She will probably fall down to a more reasonable win rate without the bonus movement speed.