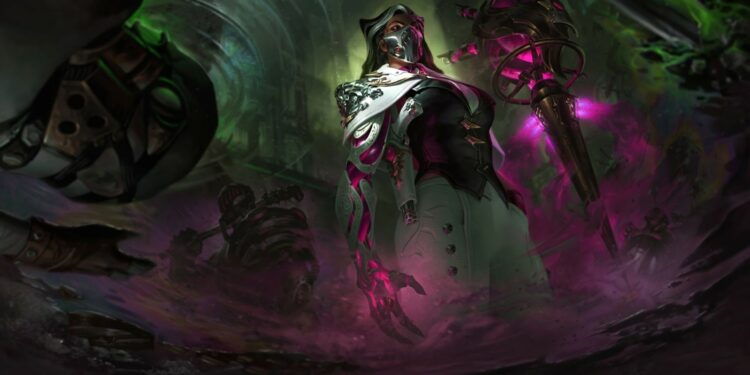 Riot Games has revealed Renata Glasc, the Baroness of Chemicals, as the 159th League of Legends champion

Renata Glasc is the latest champion to League of Legends’ burgeoning pool of one-of-a-kind champions, and she will be the next support to brighten the bot lane.

The new support also features an ability that will bring a new state to the game, and it’s called Berserk, a state that enhances enemy attack speed but also drives them to attack anything around them, including their own teammates.

Renata Glasc is the founder of Glasc Industries, a Zaunian corporation dedicated to improve lives. According to the company’s website, she wants to reshape beauty with cutting-edge technology to create a better future for society. Here are the full details of her abilities:

Her basic attacks mark her enemies and deal bonus damage. Damage from her allies consumes the mark, dealing additional damage.

Renata sends out a missile from her robotic arm that roots the first enemy hit. She can reactivate the ability to throw the enemy in a target direction, damaging enemies hit and stunning them if the thrown target is a champion.

Renata grants an allied champion or herself ramping Attack Speed and Movement Speed toward enemies. If the ally gets a takedown on an enemy champion, the buff duration resets. If the ally would die while Bailout is still active, their health is set back to full but they begin burning to death over three seconds. The ally can stop the burn by getting a champion takedown before they die.

Renata Glasc sends out chemtech rockets that shield allies and damage and slow enemies they pass through. The rockets also apply their effects around her on cast and in an explosion at max range.

Renata Glasc sends out a cloud of chemicals that causes enemies to go Berserk, increasing their Attack Speed and forcing them to basic-attack anything around them. Berserk enemies prioritize attacking their own allies, then neutral units, then Renata’s team, then Renata herself.

She will be added to the game in patch 12.4, along with a slew of devastating powers that will frighten any enemies she encounters.