Rengar with Zoe Ult is insanely strong in Ultimate Spellbook 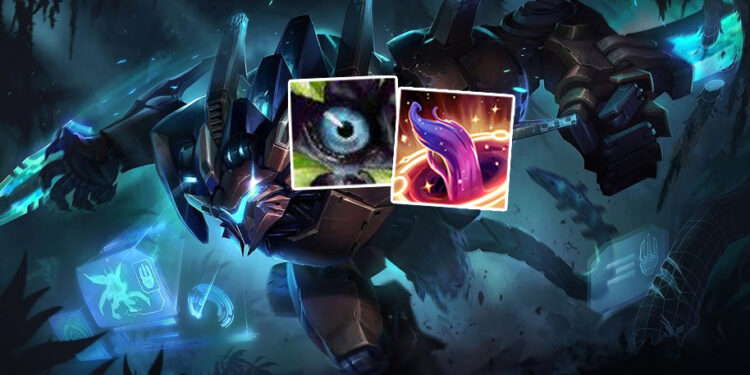 Ultimate Spellbook, League’s latest game mode, is rapidly becoming one of the best-featured game modes since URF. The one feature that allows players to use different kinds of ultimate of various champions is what makes this game mode so special.

Since the launch of Ultimate Spellbook, gamers have been seeking more unusual and bizarre interactions. While certain ults may not work well with some typical champions, others bring out a champion’s most insane combos and interactions that allow them to make use of their skills.

Zoe’s Portal Jump (R) has always been one of the most underrated ultimates in Ultimate Spellbook since it feels so dull to have an ability that deals 0 damage. Few champions like Nautilus can actually bring the most use of Portal Jump by combining it with Dredge Line (Q) to hook over terrain. This time, Rengar is the next champion that can even push further with Zoe ult.

When a player noticed that Zoe’s ult was available to combine with his Rengar, he jumped at the chance. This video clip on Reddit showcases just how shockingly powerful this combo is, with Rengar being able to 1vs2 at the same time at the start of the match.

In the video, we can see that the Rengar player used Zoe Ult to jump from bushes to bushes and he can even use Zoe ult to extend the range of his passive range even further to jump.

Rengar’s passive allows him to jump when entering a bush, and even after going out of the bushes, Rengar will still have some time left to jump before his passive goes off. This is also enough time for the player to use Zoe ult into the bushes, and as soon as the player goes back to where he was, Rengar still has the circle around him to jump. That’s why in the clip above, the player was even able to use his empowered auto before being forced back to where he began.