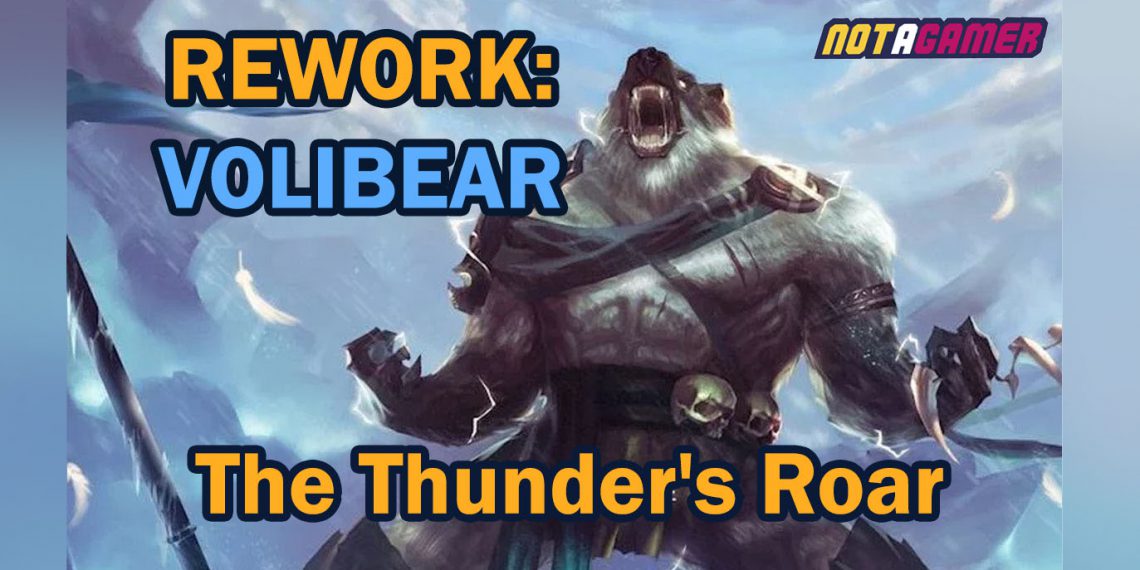 Finally, after almost 10 years since the release date, the Thunder’s Roar officially has his Rework.

On October 16, 2019, Riot Games developers revealed details on the anticipated reworks for Volibear along with Fiddlestick.

Riot Games casually showed off how Volibear’s Rework update is going as part of its new League of Legends 2020 season teaser video today.

Following the fan vote for which champions should be reworked in 2020, Volibear was the Global winner with 24.69% of the vote.

Various members of the creative team at Riot Games expressed how they felt about the upcoming VGU rework in the post for the result back in May 2019. Concept Artist Justin “RiotEarp” Albers explained that there were “a lot of unique ideas” but that his current design would be done justice.

Instead of taking this approach of Volibear called forth by “the most extreme Ursine,” the design instead focuses on his most prime, original, godlike form.

A trailer released on Twitter by Riot Games detailing their 2020 plans that will be discussed soon gave fans a look at some advanced concept art of the reworked Volibear that showed the same frozen lightning on his fur as the previous art while his back legs are now equipped with some sort of armor.