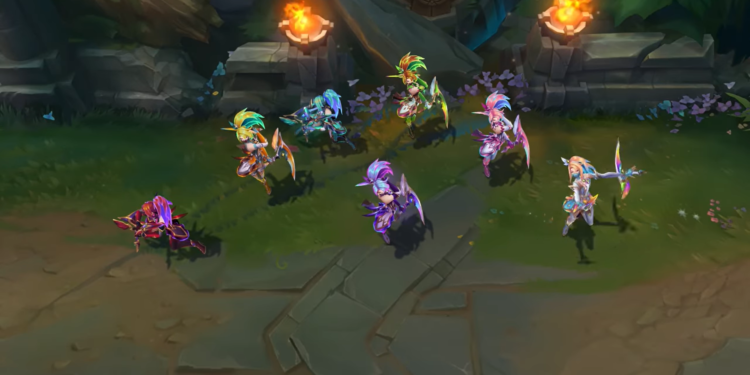 The VFX of the chromas remain the same as the skin, even though Akali Star Guardian is a Legendary skin

The second batch of Star Guardian skins was just released on the PBE for fans to provide feedback on.

Riot has also updated chromas for all of the new forthcoming skins, and Akali is the particular champion who will receive a Legendary Star Guardian skin in this Patch.

They gave her multiple chromas, which isn’t new, but they spiced it up a touch by rescinding the new chroma adjustments for her.

According to BigbadBear, Akali Star Guardian originally had special VFX on each of her chromas as Riot added unique animations and effects to her abilities.  This implies that the graphics will change slightly from the skin as well as the other chromas based on the chroma you select.

This is something brand-new that has only been done with the new mythic chromas, however, it appears that this is also possible for ordinary 290 RP chromas, but Riot hasn’t released any of these chromas for reasons?

Apparently, with the recent updates, Riot appears to have deleted these unique special VFX chromas for Star Guardian Akali from the PBE, essentially lying about what they could accomplish with chromas and how they could renew skins and make them more distinctive.

This appears to be a marketing scam from Riot, but we’ll have to wait till the skins are released on the live server to find out more.