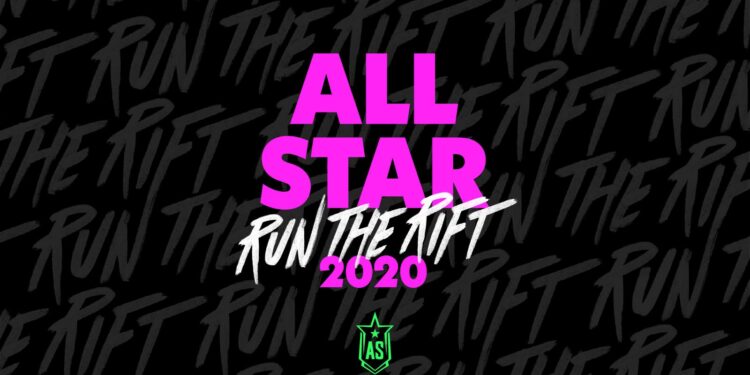 Let’s get ready for the promising All-Star 2020 Event

Yesterday, November 5th, Riots announced the “All-Star 2020 Run The Rift” event will take part from December 18th to December 20th with a new format due to Covid-19. This format will divide into two-stage: Underdog Uprising and Superstar Showdown.

The “Underdog Uprising” will occur on Friday, December 18th. Within this stage, neighbor regions will play head-to-head matches, the smaller regions will fight each other and the winner will challenge the nearest powerhouse. Teams will be made up of top pros and votes from fans.

After the “Underdog Uprising” event is “Superstar Showdown” will take part on December 19th and 20th. Here, three superteams from each region LCK, LPL will take the virtual stage on Saturday, while LCS and LEC will play on Sunday.

Queue Kings & Legends Non-pros will compete in a Bo1 each on Summoner’s Rift.

The five top-voted pros from the LCK and LPL will play in a best-of-three showdown in the All-Star 2020 league. But these won’t be just any Summoner’s Rift matches – it wouldn’t be All-Star if we didn’t add a twist or two.

Queue Kings & Legends Non-pros will compete in a Bo1 each on Summoner’s Rift.

The top vote-getters from the LCS and LEC from the All-Star 2020 vote page will draft “dream teams” consisting of five players total. To mix things up a bit, each captain will pick at least 2 pros from each region. These teams will then compete in a BO3.

Besides the main event is a special Red Bull 1v1 Competition will also take place within each region. The stage is broadcast on December 18th and the Semis/Finals on the 19-20th. Below is the broadcast schedule:

All-Star 2020 Voting Powered by Alienware will take place from November 9-16. This year, you’ll be able to vote for one pro in each role from as many leagues as you’d like.