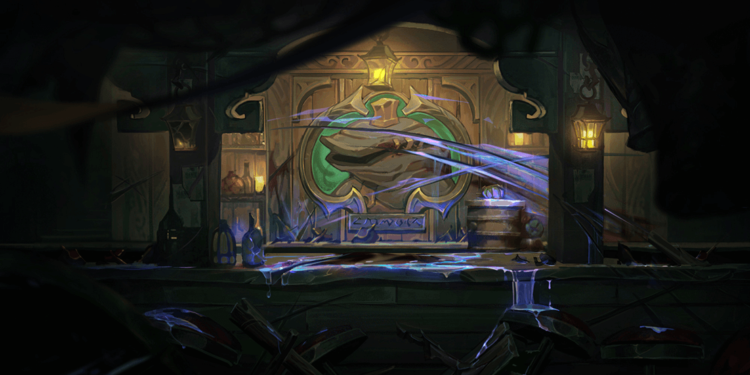 Riot Games has revealed that three new champions may be introduced to the game this year.

Riot Games has announced the newest League of Legends Champion Roadmap, revealing the next champions to arrive on Summoner’s Rift this year.

Riot will “slow down” the introduction of the next new champion, according to the devs, in order to ensure that every new addition to League receives “the time and attention they need.”

Despite the fact that the developers did not reveal the specific amount of champions that would be published in the remaining months of 2022, Riot stated that the entire yearly production should be “pretty similar to last year.” Four champions were added to the game in 2021: Viego, Gwen, Akshan, and Vex.

So far this year, gamers have had the pleasure of spending time with Zeri and Renata Glasc. They will soon be the topic of a new empress.

Here’s all we know about the next three League champions Riot intends to announce.

The foreseen and unavoidable jungler skirmisher

Following Renata Glasc’s release, the next champion will dominate the jungle and want to do the same for the rest of Runeterra. The new jungler will emerge from the Void, as alluded at in the last Champion Roadmap, to subjugate everyone to her will. The Lavender Sea empress is believed to be approaching the Rift and will “feed on your essence.”

According to the description, the champion’s skills will cause her opponents (and maybe her teammates) to succumb to her will, eating their “essence” to expose “the true face of the Void.”

Riot is planned to launch a joyous and lethal champion with enigmatic roots that may be traced back to “a land across the seas” after the queen of the Void. The mystery champion was presented with a short narrative about a brawl in a restaurant in which the colorful stranger murdered some unruly Noxians. According to Bill, the restaurant owner, a “mist” suddenly filled the premises, and before the Noxians’ bodies were discovered, only “splashing water” could be heard.

Some fans may recall the Riot preview provided at the Champions Teaser in January, assuming the happy and colorful stranger possesses water-based powers. At the middle of the image, a colorful set of hands was connected together with a flowy blue-ish material. The teaser was supposed to reveal a “non-traditional bot laner” who Riot will be “whipping out” this year.

The new tanker from Shurima

Riot also teased the League community about what may be the final champion introduced in 2022. Colorful structures and lush green scenery are attractions of Shurima’s new “unknown” zone. Riot has left what may be regarded as a title linked to this highly odd landscape of Runeterra’s desertic region: The Pride of Nazumah. If the location portrayed in the image is “Nazumah,” fans may believe that this “Pride” is the tank top laner who is slated to arrive on the Rift later this year.

We have no additional information beyond what we can observe by gazing at the photo because this is an unknown portion of Shurima’s enormous geography. The image posted by Riot depicts a bustling metropolis, with water pouring from the far high mountains and birds flying in small flocks, almost like seagulls. Looking at the interactive map of Runeterra and focusing on the Shurima region, there are a few spots with abundance of water, high mountains, and near to the sea. One of these locations is an unidentified peninsula in Shurima’s southernmost tip. That little country is far enough removed from the other locations mentioned in League mythology to be a viable home for this forthcoming champion.