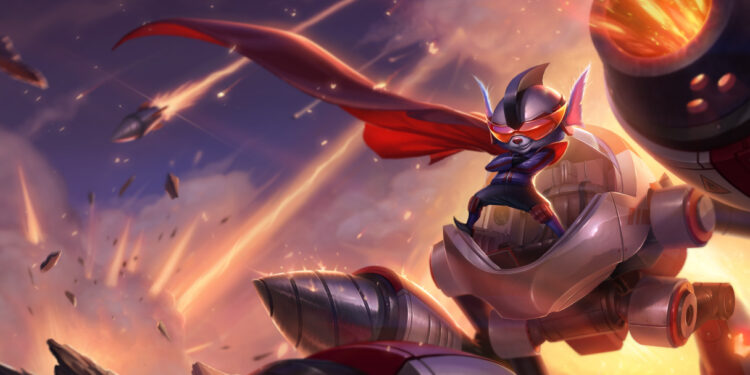 Rumble’s early game clearing has been extremely unstable since the release of League Patch 11.13.

From MSI 2021 till today, Rumble has always been a must-pick jungler thanks to his incredibly quick farming abilities and powerful damage early on. At the world’s major League of Legends tournaments like the LEC, LCK, or LPL Summer 2021, The Mechanized Menace is always the champion with the highest pick and ban rate. That’s why, in League Patch 11.13, Riot Games decided to nerf Rumble by increasing the cooldown at level 1 of W – Scrap Shield to 7 seconds.

True, Rumble has weakened with the release of Patch 11.13, but another issue has arisen: this champion’s play is largely reliant on “luck.” Gamers have demonstrated that with a 7-second cooldown at level 1, you can only maintain the same amount of Heat as previously in roughly 75-80% of situations. Riot has been highly criticized by players since the internal problem of The Mechanized Menace has not been fixed in this version.

To farm efficiently, Rumble must achieve the Overheat stage in order to increase attack speed and damage. To accomplish this, you must first level up W – Scrap Shield and then spend small runes to increase skill cooldown. However, Riot nerfed his W in patch 11.13, making this more difficult. When combined with the passive bug, you have a 20-25 percent chance of losing 10 Heat between W hits at level 1.

His camp clearing speed is tough to regulate because it is so reliant on luck. If your Heat retention time is consistently greater than 5 seconds, camp clearing speed will be extremely quick. If your champion has terrible luck and the Heat retention time is always less than 5 seconds, you will clear camps significantly slower and lose more health. This is a very unpleasant feeling that no player wants to experience.

Riot should probably tweak Rumble’s passive to make it operate more effectively. Even if this eliminates The Mechanized Menace’s jungle gameplay, Riot must still find a method to make this champion less reliant on randomness.