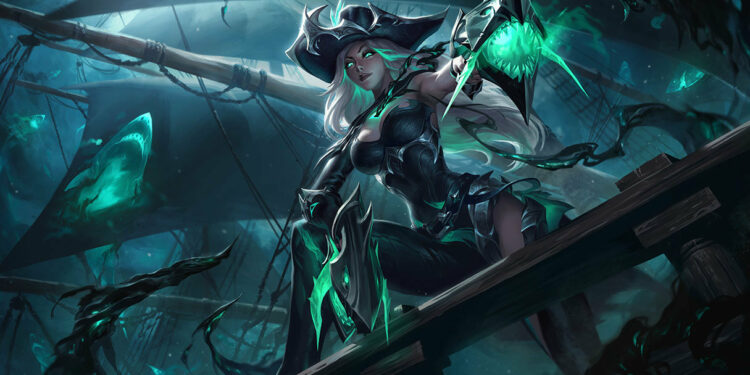 This statement from Riot Blizz makes fans doubting all they know about the game.

Such a Riot style of statement.

Most League of Legends players associate ADC champions with the bot lane. The ADC-Support duo has become the standard in League of Legends, and it is widely used at all levels, from amateur to professional. A Riot Games analysis, on the other hand, recently surprised the League of Legends community by tweeting that “ADC should never go bot lane.”

Indeed, in recent years, it has become common for a few ADC champions to shine in positions other than the Bottom lane. Lucian is a prime example, as this champion has consistently been a strong mid and top pick in professional leagues for many years. Another name that comes to mind is Kalista Top lane, who once stormed with the inspiration known as TheShy.

However, the names mentioned above are only exceptions because they have outstanding champion effectiveness in single lane roles or have an excessive amount of power. Meanwhile, many ADC champions are forced to go together with a Support in the bot lane in order to receive protection for safe farming and building up to catch up with the game. Because of their low mobility, champions like Kog’Maw, Xayah, and Ashe… are very vulnerable and are easy to take down in single lane positions.

When going solo, Riot Games analyst – Blizz – may look at data such as win rate, gold, experience, and so on of ADCs to form the above opinion. The high win rate, however, does not imply that ADC champions are suitable for the Mid or Top roles. Not that TheShy hasn’t brought Aphelios and Ashe to Top Lane and won a lot, but not every player is on the same level as the Worlds champion from 2018.

Of course, League of Legends champions have become more versatile in recent years, and the use of Mage and Fighters in the bot lane has become more common. This does not, however, imply that ADCs have lost their place in this position, and the above analysis of the dev is overly mechanical and unconvincing.